The lockdown, imposed by the AANES to fight the spread of Covid-19, has deeply affected the IDPs in the region, according to North Press. 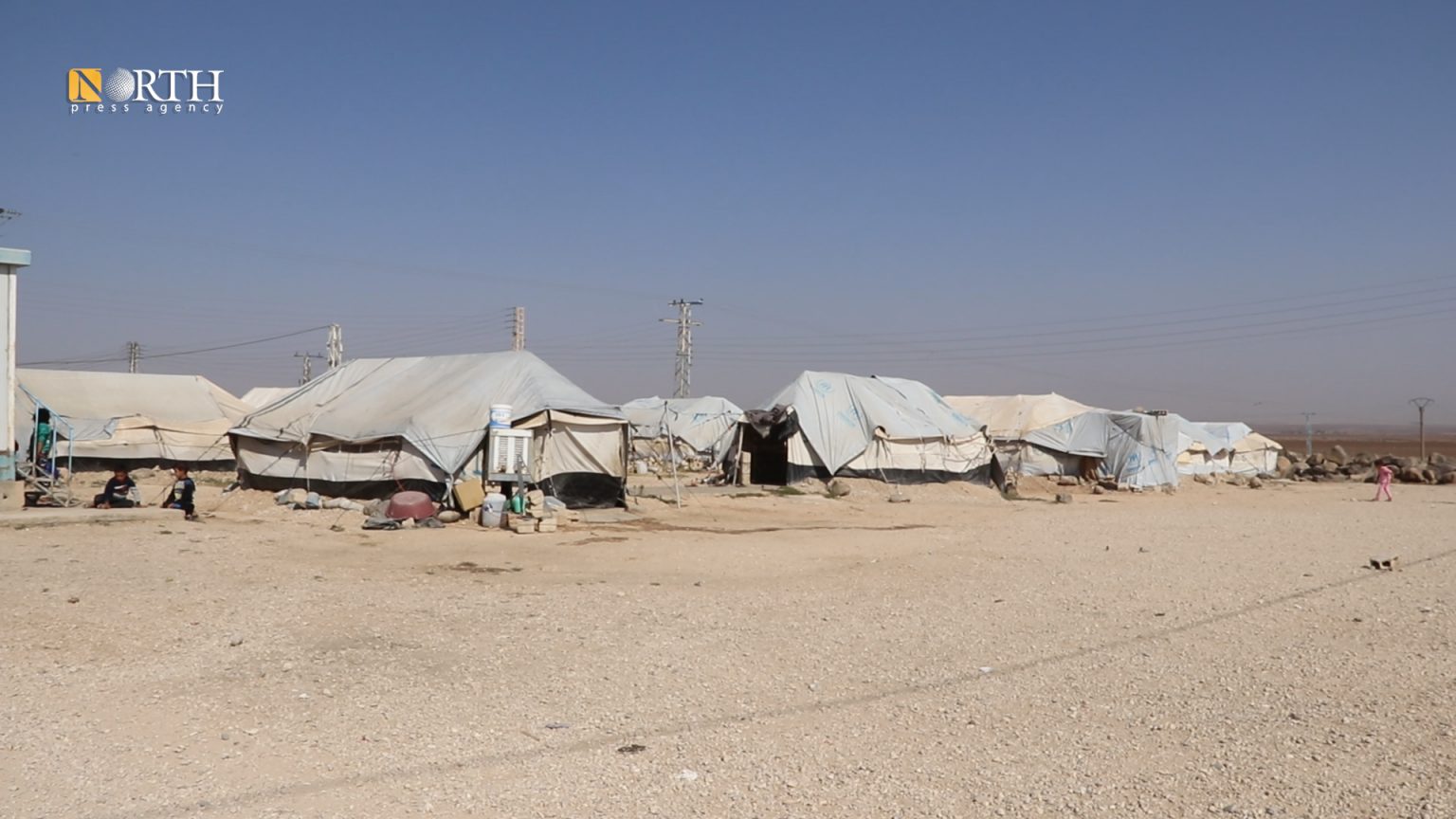 In front of his tent in Newroz camp in the countryside of Derik, northeast Syria, Ahmad Matar, an IDP from the countryside of Sere Kaniye (Ras al-Ain), sits with several other IDPs, talking about the deterioration of their living conditions, as they daily-paid job is on a ten days hiatus due to the lockdown, and as some of them have not received any food aid for nearly two months.

IDPs in Newroz camp, who work as day laborers, complain about their poor conditions and their inability to maintain their families’ needs in light of the total lockdown to limit the outbreak of coronavirus.

They believe that the AANES should find fair solutions for day laborers, such as financial grants or food baskets, especially since they are mainly displaced people suffering from the scarcity of job opportunities and low daily wages that barely cover the expenses of their families.

“Our situation is getting worse”

Newroz camp, which was reopened during the Turkish invasion on Sere Kaniye (Ras al-Ain) and Tel Abyad in 2019, includes 715 families, and a total of 3,420 persons.

The camp was established in 2014 to shelter families fleeing from the Sinjar district (Shingal) after the Islamic State (ISIS) attacks.

Matar, a father of three, said that before the lockdown and due to his poor financial conditions, he was forced to sell part of the humanitarian aid he was getting to buy more necessary needs.

Read Also: Syria has the Lowest Income Levels in the World, Speculation About Outmigration Wave

He pointed out that he has not received aid for a while, “Currently, our living conditions are very difficult, we have to work, we do not even have good clothes to wear, we do not eat well too, no meat, no vegetables . The lockdown has made things worse for us. At least before, we could work.”

Matar called on the Autonomous Administration to secure financial support for workers affected by the lockdown, in light of the high cost of living and the approaching winter season.

According to day laborers in the camp, their daily wages before the imposition of the lockdown ranged between 3,000 and 10,000 Syrian pounds per day, depending on the type of work and the number of working hours.

“The aid we received is not enough”

Abdulaziz Shahadeh, an IDP from the countryside of Tel Tamr, north of Hassakeh, said that more than ten days ago he stopped working in blacksmithing and carpentry.

“If we do not work, we cannot live. We have daily expenses. We want bread and vegetables. We have stopped working on the one hand, and food prices are twice as high in the camp on the other,” he said.

About two months ago, Shahadeh, father of a family of ten, stopped receiving food aid, and the aid he received previously was meager and did not contain all the materials.

Most of the IDPs in the camp buy vegetables, bread, sugar, tea, meat, clothing, and other items from markets and shops at their own expense.

According to the camp administration, the lack of aid is due to the organizations that have recently reduced the quantities distributed, without addressing the reasons.