The phone call between King Abdullah II of Jordan and Syrian President Bashar al-Assad could pave the way for the restoration of Arab-Syrian relations. 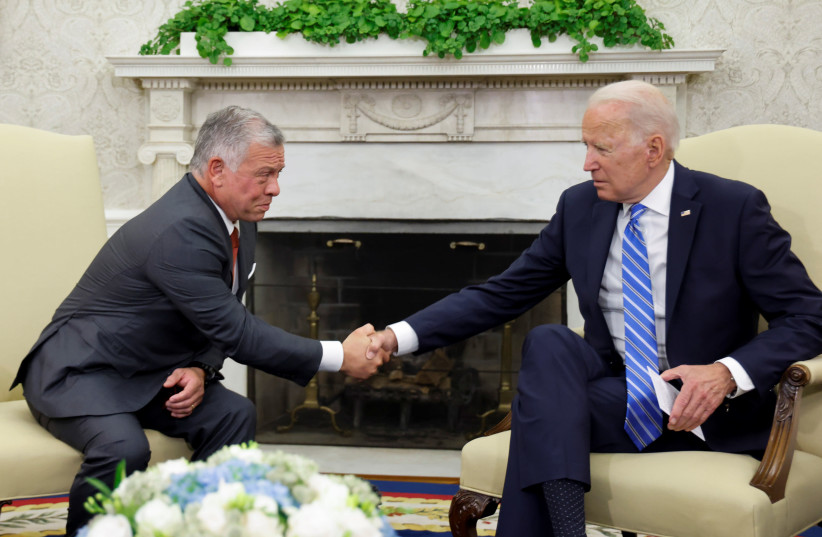 On October 3, 2021, Jordanian King Abdullah II received a phone call from President Bashar al-Assad. The call comes days after Amman opened its border with Syria, amid efforts aimed at boosting cooperation between the two countries, which are facing challenging economic conditions.

This was the first official conversation between the two leaders in over a decade. It represents a decisive shift in Jordan’s policy towards the Assad regime, which previously supported Western-backed forces opposing the Syrian regime with the objective of driving Assad from power.

Both official news agencies in the two countries published a very short story about the call between Abdullah and Assad.

SANA reported that Assad held on Sunday a phone call with Jordan’s King Abdullah II. “Bilateral relations and boosting joint cooperation for the benefit of the two brotherly countries and peoples were discussed during the phone call.”

Jordanian Petra reported that Abdullah on Sunday received a phone call from Syrian President Bashar al-Assad, which covered bilateral ties and means of enhancing cooperation. “During the phone call, King Abdullah reiterated Jordan’s support for efforts to safeguard Syria’s sovereignty, stability, territorial integrity, and the unity of its people.” No further details were given.

Jordan has been testing the waters to find ways to improve its economy and pull Assad from the swamp he had put himself in.

When Abdullah visited President Biden, he explained to him that Jordanian business has been badly affected by this law and as a result, the king asked for a waiver similar to the waiver that Jordan received to bypass the sanctions on Iraq. He asked for a waiver from Caesar Act, with which and with the situation in Lebanon deteriorating, Jordanian-Egyptian energy relief became possible.

Earlier last month, Jordan hosted a quadrilateral meeting between its energy minister and his Egyptian, Lebanese, and Syrian counterparts in which the revival of the “Arab Gas Pipeline” was discussed — itself another “diplomatic victory” for Assad’s government in the region. Also, last month came the announcement that Jordan’s state carrier would resume its flights to Damascus.

A Syrian analyst and activist who lives in Washington said that the gradual normalization of relations between Jordan and the Syrian regime is taking place with an American green light.

As for Jordan’s efforts to restore order to the Arab League, Ziadah says: “As we know, there are several Arab countries, unfortunately, that demand the return of the regime, such as Egypt, Algeria and Iraq, and perhaps Jordan’s accession will help in that, and I do not know if the regime will succeed in its endeavor or not.”

“The countries that oppose, he added, “are now limited.” However, he noted that “Washington “does not favor the return of the regime, but the Biden administration does not take an active policy toward this.”

Syria’s Assistant Minister of Foreign Affairs Ayman Susan rushed to give an interview to the Lebanese Media Group.

Susan talked about the series of communication and meetings between Syrian and Jordanian officials, in Amman or New York, and the communication between President Bashar al-Assad and King Abdullah II of Jordan, as a normal state of relations between the two brotherly countries.

On the expectation of a possible summit between President al-Assad and King Abdullah II, Susan considered that the many commonalities between the two countries make this happen when the two leaders deem it appropriate.

The Syrian opposition has yet to respond to the latest developments in the Syrian-Jordanian rapprochement.

However, Syrian-American groups have issued a statement condemning the recent development.

“The undersigned organizations strongly reject and condemn the actions by the Kingdom of Jordan to normalize relations with the Assad regime, turning a blind eye to genocidal massacres against the civilians of their sister nation” the statement read.

The opening of the Nasib-Jaber Crossing and the return of flights between Syria and Jordan were clear indications of this, but the visit of Assad’s Minister of Defense, General Ali Ayoub, to Amman in September, indicated that Jordan is proceeding with the normalization of its relations with the regime in Syria to what is beyond the economic aspect.

Syrian observers on WhatsApp closed groups believe that  Jordan has become interested in breaking Arab isolation from the Syrian regime, and returning it to the League of Arab States through the upcoming Arab summit to be held in Algeria.

This development does not come at the best time for King Abdullah due to newly exposed documents known as Pandora, the largest ever trove of leaked offshore data.

The files expose that Abdullah has spent the past decades amassing an international luxury property empire worth well in excess of $100m (£74m), with its footprint stretching from the clifftops of Malibu, California, to Washington DC and on to central London’s most exclusive postcodes.

Abdullah built this property empire showing the same zeal for secrecy he has demonstrated when asked about his finances at home. He has disguised his ownership through a series of offshore companies incorporated in the British Virgin Islands (BVI).

The multimillion-dollar properties were acquired as U.S. economic and military aid to Jordan quadrupled and Jordanian citizens were subjected to austerity as part of an International Monetary Fund (IMF) bailout for the resource-poor country.

Syrian activists described that as the ‘Assad Curse’. Ahmad Hutheifa tweeted: “Scandal morning, your majesty @KingAbdullahII. I don’t know if Her Majesty @QueenRania is informing you that tweeters have expected early that with the first step to have a relationship with the brutal Bashar al-Assad, you be doomed by the curse of his victims. Believe me the ‘Pandora papers’ is just the beginning.”