Syria's local pharmaceutical industry is booming after a decade of civil war, as local demand is mostly covered and new projects are being started, SANA reports. 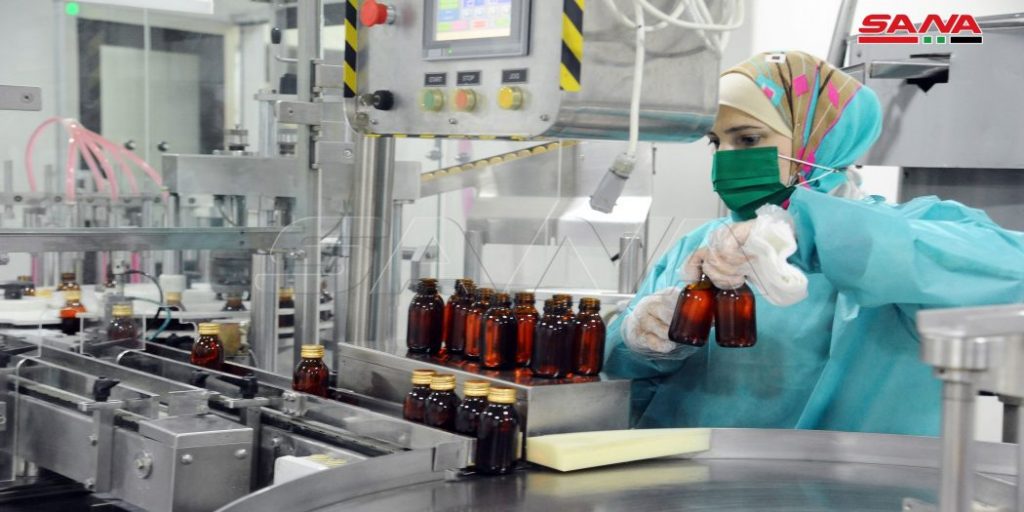 The pharmaceutical industry sector in Syria spares no efforts to overcome the challenges resulting from Western coercive measures that are imposed on the country, as well as the impact of the terrorist war which targeted the industrial sector in general.

Thus, governmental bodies have adopted a package of measures to support this significant industry and attract investors in an attempt to enable the pharmaceutical industry in Syria to restore its previous position and develop it.

Director-General of the Syrian Investment Authority Madian Diab pointed out to the Authority’s keenness to ensure the need to provide the factories with raw materials, asserting the importance of investment law number 18, which grants facilitations, creates a competitive investment environment, attracts capital, and benefits from the expertise, in addition to increasing job opportunities and raising economic growth to reach a comprehensive and sustainable development.

Diab added that 17 new projects in the health, medical and pharmaceutical industries were launched between 2017 and 2020, at a cost estimated at SYP 16 billion. These are scheduled to employ more than 2,000 workers, distributed between Damascus’s countryside, Lattakia, Homs, Tartous, Suweida, and Hama.

For his part, the Chairman of the Scientific Council for Pharmaceutical Industries, Dr. Rashid al-Faisal said that the local pharmaceutical factories ensure about 90 percent of the needs of the local markets, through 70 factories currently active, distributed along the Damascus countryside, Aleppo, Homs, Hama, Tartous and Lattakia.

Faisal noted that 10 factories have stopped after they have been damaged during the crisis in addition to 20 licensed factories that are under construction.

The pharmaceutical industries in Syria have been covering more than 93 percent of the needs of the local market before the start of the crisis in the country and the factories have been exporting their productions to 54 Arab and foreign countries.