Thousands of Syrian rely on the wheat harvest, but this has been severely affected by the conflict and factions are now rushing to secure what they can reports Asharq al-Awsat. 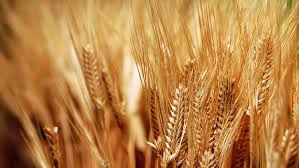 Ravaged by nine years of war, Syria’s wheat production has been nearly halved. Despite that, rivals are vying to gain access to remaining crops, fighting with the US dollar, the Turkish lira and arms.

In 2010, Syrian wheat production stood at over 3.5 million tons and authorities ensured the storage of a parallel amount in silos across the country. After protests erupted in 2011, followed by a drought, production took a nosedive, recording its lowest at 1.2 million tons in 2018.

Throughout the nine years of conflict, Syria’s agricultural sector maintained its role in securing the minimum food security. Its role was stepped up in areas outside regime control as economic activities had deteriorated there.

Even though it succeeded in providing for thousands of low income families during times of war, the agricultural sector had taken a hit.

Conflict had destroyed irrigation networks, reduced accessibility to fertile land, resulted in shortage of raw materials and labor force, and affected transportation of goods, according to a report released by the Syrian Center for Research and Studies.

More so, fires instigated by conflict had grazed crops to the ground.

Between 2016 and 2018, a significant decrease in precipitation occurred. With 70 percent of crops dependent on rain, this negatively affected it.

The area of irrigated land was cut during this period, due to the drop in the amount of water and the increase in the cost of fuel used in operating wells.

The agricultural sector was also affected by the scarcity of agricultural supplies and their high costs. Local enterprises only met 10.8% of farmers’ fertilizer needs.

As for fuels, the price of diesel reached 350 Syrian pounds per liter on the black market, compared to the government-backed price of 185 pounds.

Financial capabilities of farmers were also slashed by fluctuations in the exchange rate against the US dollar. Between 2018 and early 2020, the Syrian pound depreciated dramatically, raising the prices of agricultural supplies and commodities.

According to Syrian officials, between 2017 and 2018 Syria had imported around 2.2 million tons of wheat, 90% of which was Russian. At the start of 2019, the government announced a plan to purchase 400,000 tons of wheat from independent contractors after having bought 200,000 tons of Russian wheat again in January.

At the beginning of 2020, the Syrian government allowed the import of wheat flour for all who wish to do so, meaning that it was no longer restricted to a category of industries or productive activities. And weeks ago, Moscow donated thousands of tons of wheat to Damascus.

The regime had also expanded the area of planted wheat because of the increase in rainfall and the return of farmers to their homes.

The increase in cultivation has reached areas in Aleppo, Raqqa, Deir Ezzor, Idlib and Hasakah.

Most of Idlib is controlled by Turkey-backed factions. In the east Euphrates region, Damascus controls two areas in Hasakah and Qamishli.

With the harvest season arriving, warring parties are competing to lure farmers to give up their wheat to them. The regime’s cabinet, a few days ago, approved raising the price of receiving wheat from farmers for the current season from 225 Syrian pounds to 400 pounds per kilogram (about 30 US cents, according to the exchange rate at that time).”

In mid-March, the Syrian government raised the price of wheat from 185 pounds to 225 pounds per kilogram.

An SDF official, speaking to Asharq Al-Awsat, said that there is around 1.2 million tons of wheat in Hasakah and east Euphrates regions under SDF control.

Fighting off the government’s offer to farmers, the SDF is offering to buy the wheat in dollars at the rate of 17 cents per kilo. This has weakened the position of the regime that’s been trying hard to lure farmers into selling it the wheat yield.