The coronavirus outbreak has stretched the relationship between Iran and Syria, with some speculating that Iran could be forced out reports Brocar Press. 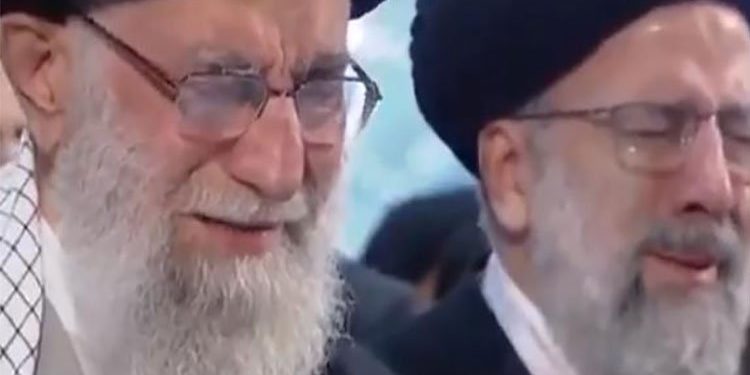 As Russia and China seek to reduce sanctions imposed on the Syrian regime and bring it out of isolation on the pretext of solidarity amid the coronavirus crisis, the international pressure on the regime has increased as higher authorities were held responsible for three chemical attacks that took place in 2017.

According to a UN report, the regime or its allies might have carried out three chemical assaults against health-care facilities, a school and a children’s shelter in northwestern Syria.

Russian experts expect Iran’s influence to fade away in the coming period amid reports claiming that Tehran and its allies are disrupting regime’s efforts to impose a ban on the Sayyida Zainab area, and amid growing popular resentment toward Iran. Iranian militias are also blamed for the spread of the novel coronavirus in Syria with the regime’s failure to control air and land borders dominated by Iran.

Things are not working out the way Iran and its militias have planned. In fact, between Russia and Turkey, Iran might be the biggest loser in northern Syria’s developments all the way from Idleb to Hassakeh. Its losses might become even graver amid regional and international intentions to help the Syrian regime in its fight against the pandemic. By that, Iran would become the weakest link among those investing in the Syrian crisis, and the regime will consequently be forced to abandon Tehran in exchange for aid and to be granted the elixir of life that would help it hold on until the situation changes and a comprehensive political settlement be reached with major regional players.

International pressures come as Russia calls for halting military operations and putting the political and humanitarian aspects on different sides to protect Syria from the pandemic.

Russian sources have also warned that Iran might resort to escalating the situation in Syria because it is the weakest party at the moment.

In a call with Brocar Press, a Russian source welcomed the UAE’s new stance towards Syria, calling for more Arab and international states to follow the lead and help the country in its fight against COVID-19. The source affirmed that while Russia stresses that the regime should regain control over all Syrian lands at some point, it has no current intentions to support any military operation in northeastern or northwestern Syria.

As for the intensified Russian flights in northern Syria, the source said Russia is monitoring the implementation of the ceasefire and also combating terrorists in coordination with Turkey.

According to Russian experts, Syria’s regime is likely to abandon the Iranians to strengthen ties with Arab countries and the world, especially now that Iran might be facing an economic disaster that will have grave social and perhaps political repercussions after the coronavirus outbreak.