The northern Syrian town of Kafrnabl has witnessed a horrific bombing campaign by Russia, but one activist is providing food and shelter to hundreds of stray cats writes Al-Araby al-Jadeed. 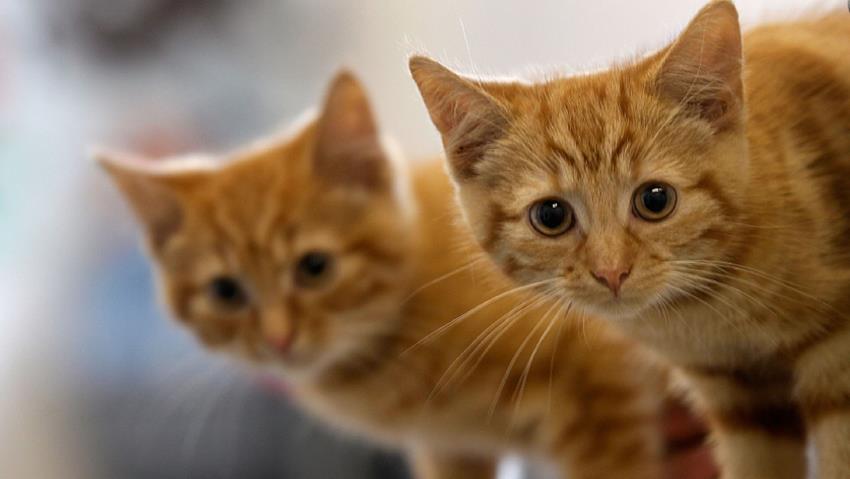 In Idlib, the last embattled anti-government haven in Syria, the town of Kafrnabl houses more cats the people.

The once-thriving town – known as the “heart of the Syrian revolution – had been home to 40,000 residents but today just a hundred or so remain, a report by BBC’s Mike Thomson finds.

Cats number in their “hundreds, possibly thousands” in the area, which had recently been the victim of a Russian-led bombing on one of its hospitals.

“It’s comforting when the cats are close,” 32-year-old Salah Jaar told the publication. “It makes the bombardment, the demolition, the suffering, seem much less frightening.”

Thousands of residents have either left Kafrnabl following an intensification of airstrikes or have died, leaving behind their animal companions. The town was once known for its revolutionary activist scene, until hardline Islamist groups and regime, Russian bombing killed many and forced others out.

“Sometimes when we’re walking in the street there are about 20 and maybe even 30 cats walking with us the whole way. Some of them even come home with us,” Jaar said, who works for the local radio station despite the fact that its recording studio was bombed.

Though food is scarce and medical supplies even more so, Jaar provides for the stray cats; they eat what he eats, and he looks after their health the best he can.

“Whenever I eat, they eat, whether it’s vegetables, noodles or just dried bread. In this situation I feel that we’re both weak creatures and need to help each other,” he said.

“I have a friend who has cats in his house. One of them was hit by a rocket which almost blew his front paw off. But we managed to get it to Idlib city for treatment and it’s now walking around as well as before,” he added.

Earlier this year Kafr Nabl made the news after the Syrian regime delivered air strikes in the area, killing four civilians – two of which were children – and damaging three hospitals.

“Regime warplanes again targeted three hospitals in the south of Idlib,” which had been hit and damaged in raids in previous weeks,” the British-based Syrian Observatory for Human Rights said at the time.

Obeida Dandouch, who headed a rescue group in the area, said the strike in Kafrnabl damaged a large part of what was still standing at the local hospital.

Fighting intensifies in the region

Hundreds of Turkish-aligned rebel fighters have arrived in southern Idlib province to fight against Bash Al-Assad’s regime in a last stand.

The Syrian National Army (SNA) is widely regarded to be a Turkish proxy force and took part in “Operation Peace Spring”, which had targeted Kurdish forces in northeastern Syria in October 2019, as well as “Operation Olive Branch”, which captured the Afrin area from the same group.

Idlib has been under relentless assault from the Assad regime and Russia, prompting a mass exodus of people – numbered in their thousands – fleeing the area.

A spokesman for the SNA, Yousef Hammoud, told the Syrian news website Enab Baladi that two brigades from the group had entered Idlib province following an agreement with the hardline Islamist group Hayat Tahrir al-Sham (HTS), which dominates the rebel-held province.

Hammoud added that 1,000 SNA fighters would eventually arrive in Idlib province in coordination with the National Liberation Front rebel group, which according to Enab Baladi, has a presence on the ground.

He said that the agreement with HTS was the result of “popular pressure and negotiations by the National Liberation Front”.

The Syrian conflict broke out in 2011 after peaceful pro-democracy protests were brutally suppressed by the Assad regime.

This led to the death of more than 500,000 and the displacement of millions in what has become this decade’s biggest refugee crisis.