Two Syrians from Manbij have moved from refugee status to managing an important transport company in Germany, Iqtissad, an opposition media, reports. 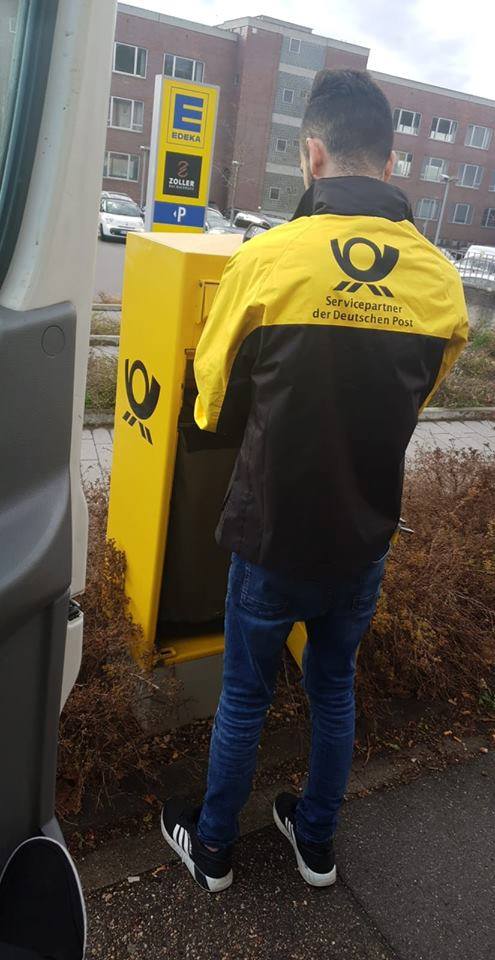 The two Syrian refugee brothers Ibrahim and Riadh al-Jiran did not want to depend only on the social benefits granted to Syrian refugees in Germany, so they tried to prove themselves with their ambition and desire to achieve success in their new society.

They established a postal and courier company named “Elias Trans”, based in the district of Bad Cannstatt, in the city Stuttgart, and which was able to compete with many larger companies in Germany.

The two brothers, Ibrahim, 24, and Riad, 23, were living in Manbij, Syria. Due to the circumstances of the war, they sought refuge in November 2011 in Turkey then in Germany.

They went on a safe trip through the sea to eventually arrive at a refugee camp in the town of Ellwangen. Three months later they moved to a small, lifeless village with no jobs, and then to Stuttgart.

After finishing a German language course, they looked for work to secure their living.

The elder brother Ibrahim told Iqtissad that he started working as a distributor on a bicycle for the German postal service Deutsche Post. Afterwards, he left the job to work as a driver, together with his brother, for an Italian-owned company. The younger brother, Riadh, said that they gained experience and that that their mastery of the German language was key to their success.

After six months of work, the two brothers decided to open their own transport company early last year. They managed to buy three Vans by borrowing from banks, but they lost about 13 thousand Euros and returned to scratch.

Then their uncle visited them and encouraged to get up again. They managed to get a long-term contract with the German postal service and became the two younger refugees working in this sector. The company’s work consists in the transport and distribution of letters and parcels and it has now two branches in Stuttgart and Frankfurt.

Ibrahim said that the German postal service gave them a trial contract for one month, and when it proved its worth got a permanent contract.