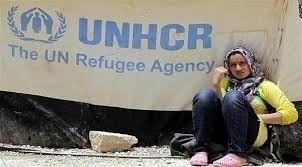 Since the beginning of April 2011, Syrians began flowing into neighboring countries, escaping the death that loomed over the whole country. According to the UN, the number of Syrian refugees in Turkey surpassed one million. Only 220,000 of them are residing in Turkish refugees camps, while the rest are dispersed in various border cities and elsewhere. All of these people have been described in terms of being “guests.” This word suggests generosity, but at the same time deprives the refugees of their internationally recognized rights.

Many Syrian families were forced to escape without obtaining formal papers, and to spend the savings they were able to bring in order to live in Turkey—where life is considered hard because of the relatively high cost of living. For these reasons, Syrians sometimes took paths which might be called inhumane in order to face the hardship of hunger and of living in exile. In the Turkish province of Hatay you can see thousands of Syrians with very little money living in livestock barns or huts, just to protect themselves. If you ask them about their conditions, you will hear stories [seemingly from fiction], that describe the poverty that forced fathers to sell their own daughters to pay the rent for a hut to house the rest of the family members.

Investigating this issue with the concerned personnel, including those from the Turkish government and civil society, the only conclusion you can arrive at is that all [authorities] have failed to fulfill their obligations toward these people. While the international media discusses the issue of Syrians every day, they focus on news of “jihadists” or the destruction caused by barrel bombs thrown from helicopters by the regime. [Only] some media have sometimes reported instances of [Syrians] begging in the streets of Turkish cities. The situation of Syrian refugee women is still kept a secret.

It is not a secret, however, that marrying a second woman is classified as a crime and punishable by Turkish law. Nevertheless, the number of Turkish men married to Syrian women is increasing day by day. It has become common to call such a marriage an “Imam marriage,” which is legislated by Islam, but illegal by Turkish laws. So, it has become necessary for the second—or third—woman to be Syrian, because Syrian women typically do not have the identification papers to complete the legal marriage procedures. It is not unusual for many of these girls to be younger than thirteen—even though these girls are still children—which is, unfortunately, the preferable age sought by men for a second wife.

Turkish cities such as Hatay, Gaziantep, and Killis witnessed most of these marriages. And the phenomenon is beginning to spread within Turkish society. The non- governmental organization "Killis Platform" reported that at least 5,000 cases of “Imam marriage" took place in the city of Killis alone, which has less than 124,000 citizens. Some say that about half of the men in al-Rihanli have a second wife, mostly from the female Syrian refugees. One could say that polygamy is a common phenomenon in the Syrian society, but the truth is that a second wife in Turkey does not possess any of the rights of wives. Most Syrian second wives are exposed to daily beatings and other kinds of domestic violence. They don’t dare to ask for divorce, because parents are paid by the husband, and [the payments] would be cut off in the case of divorce. In order to hide their embarrassment, Turkish wives pretend to accept the rival wife and call them by the new name of “legitimate sister.” However, usually the first wife treats the second wife as a servant, or at best as her helper.

When a Turkish citizen, Sharif A. from Killis who married a second wife, was asked about the reason motivating him to do so, he automatically answered, “It costs so little. A Turkish woman costs $5,000, while a Syrian one accepts 500 Turkish Lira or less… She does not ask for anything but satisfaction. I did not do anything wrong that would make God angry.” Sharif A.  added, “My marriage? I consider it a humanitarian service, and a religious duty toward a Muslim family.”

Many Syrians live in Urfa. Miss Amine from the organization, Home of Woman, explained by telephone that there are many social problems concerning polygamy. She said the “psychology of these women, who agree to be married as a second or a third wife is not normal, and they suffer a state of anxiety concerning life after marriage.” She also confirmed that, “Urfa city has become a market where women are traded for money as an open practice.” Hopes of many of men to return to Syria have faded, and they try to compensate for that by marrying third or forth wife under so-called “religious marriage, or Imam marriage," (a marriage with the blessing of an Imam but without government documentation), which cannot be considered legal under any circumstances. Indeed, some homeowners dared—in cases when the parents could not pay the rent for the house—to ask Syrian girls to get married in return for the rent of the house where her family was living.

Mr. Elias is famous throughout the whole of Hatay province as a marriage mediator. He talked to us with much caution, saying “Before the war, I started my work in my village, and we sent many brides to the cities of Konya and Istanbul. They were very well received by the families whose sons married them. Syrian girls have good experiences preparing delicious foods, and they wear modest Islamic clothes.  For these reasons, many asked me later on to find similar brides for them. After the war, I offered them Syrian brides, and they accepted…I am just a mediator between two sides, but people misunderstand me.” He then added, smiling, “the truth is that most brides are Syrian because the demand for them is too high.”

During my interview with Fatima, a Syrian girl who married at the age of 13 to a 60 year-old Turk, she looked around anxiously and suspiciously, then said, “We escaped from the war. Some men came to help us. Some of them offered food, and my husband was among them. He told my father that his wife died, and that he had no children. Then he offered to marry me for the rent of a house. Later, I found out that his wife is there with four children.” About her life, she said, “They feed me their food, and I help his wife with housework. I am not the only one who got married too young.”