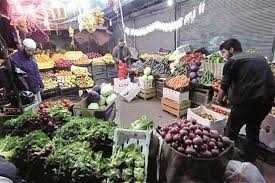 Syrian investors now realize that they have proven themselves in Turkey through competition and by injecting new ideas with their previous experience in the textile, cotton, and plastic industries in the Syrian city of Aleppo.

The Turkish government has facilitated import and export procedures and provided flexible legal infrastructure, which helped the Syrian investors regain their confidence in their products and skills while entering a market they have already understood since before the Syrian revolution.

The Syrian investors attributed their successful business in Turkey to psychological comfort in a country under the rule of law, facilities provided by the Turkish government, and the size of the Turkish market that can accommodate new and distinctive products.

The number of Syrian companies registered in Istanbul reached 2,827, representing 60 percent of Syrian companies in Turkey; experts explained that the number would exceed 10,000 if one adds unregistered entities and other partnerships with Turks. In addition, 471 Syrian companies operate in Gaziantep, 250 in Hatay, 70 in Killis, 56 in Urfa, and 22 in Kahraman Maraş. 978 operate in the wholesale trade, 606 in the maintenance business, and 288 in the real estate sector. All of these companies are members of the Turkish Chambers of Commerce and Industry.

Syrian industrialists currently focus on industrial cities in Turkey, including Istanbul, Gaziantep, Bursa, and Mersin, where  where the number of Syrian workshops and laboratories equals the number of their local counterparts. Their products are available in Turkish cities including Istanbul, Izmir, and Mersin, and are also exported to Europe, North Africa, and even nothern Iraq.

Dünya, a Turkish newspaper, reported that some Turkish businesses expect that certain legal procedures would be introduced against Syrian immigrants after the parliamentary elections in November. The newspaper also reported that the Turkish Confederation of Employer Associations is preparing a report on the impact of Syrian immigration in 18 states of Turkey, which would be publicized immediately upon its completion. Experts predict that Syrians will transform from guests into settlers; this is why Turkish businesses are awaiting an urgent policy that would address both the competition issues and the labor market issues arising from Syrian immigration.