Growing number of births more prevalent among refugees outside Turkish cities due to many social factors, including education, economy and religion, Sada al-Sham writes 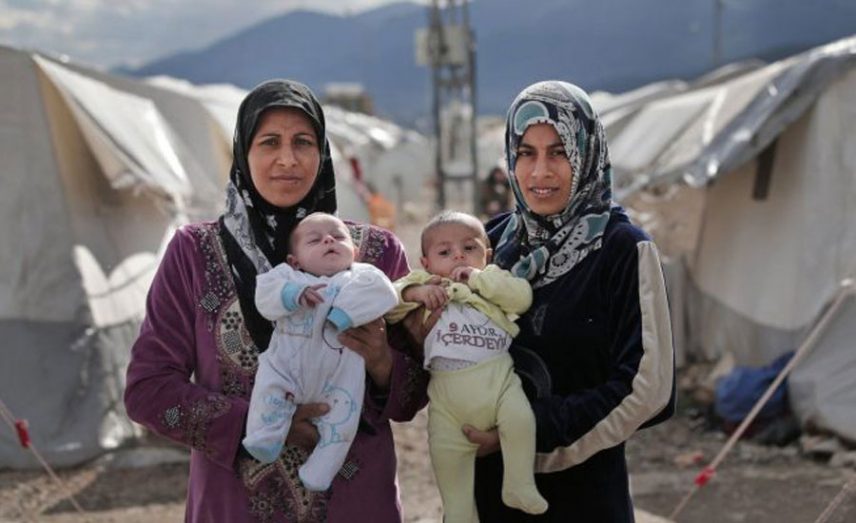 The number of Syrian births in Turkey has witnessed a notable increase, according to recent estimates, especially in the cities of the south and the camps in which refugees lives.

This rise comes despite the difficult conditions suffered by most Syrian refugees on Turkish territory, who currently number about 3 million.

Statistics announced by the Turkish Health Ministry at the start of 2017 place the number of births among Syrian refugees since the start of their flight to Turkish territory at 187,568.

Accessing statistics on the distribution of births among Syrians in each Turkish city is not easy, however the journalist Abou al-Hassou told Sada al-Sham that the cities of southern Turkey have seen a bigger increase in the number of births than the Turkish cities which lie further from the Syrian border.

Hassou said he believed that, “most Syrians who headed to the large Turkish cities such as Istanbul and Ankara are at a higher educational and economic level than those who preferred to remain in the cities close to the Syrian border.” He added that: “The higher the educational and economic level of the family, the fewer births it has, and vice versa.”

The journalist Firas al-Deeb agreed with Hassou’s assessment, saying: “The groups of people [who relocated] to, for example, Gaziantep, are different from their counterparts in Istanbul.”

He told Sada al-Sham: “First, most Syrians in southern Turkey are from the [Syrian] countryside, and frequent childbirth was common among this segment of society before they fled.” He added: “They are continuing this.”

However the birthrates in the Turkish camps is higher than Turkish cities due to reasons connected with relative economic stability enjoyed by refugees, such as free accommodation and some other benefits.

In this context, Mahmoud al-Asaad, a teacher in the Kilis camp, noted that the average number of members of Syrian families in the camp was more than seven. He believed that “compared with the number of Syrian refugees in the city of Kilis, the number is high.”

For his part, Hassou quoted semi-official Turkish sources as claiming that the Syrian camps had seen an increase in the number of births, saying that this increase was “natural to some extent” because most residents of the camps were from the most affected and poorest segments of society, according to his estimates.

Syrian researcher Ahmed al-Saeed is trying to note the reasons behind the increase in the birthrates among Syrian refugees in Turkey. He divides them into traditional reasons among Syrians before the revolution which are related to higher fertility rates and religious reasons connected with birth control in Islam, as well as other social factors.

Said explained the circumstances that had affected the lives of Syrians, saying: “Most of the Syrian families have repeatedly swallowed the bitterness of losing sons, especially in the areas in which bombardment was heavy, such as Idleb and Aleppo.”

He continued: “These families have fled to Turkish territory because it is close by geographically, and after they found stability, they are now trying to make up for those children who were killed, by way of childbirth.”

Legally speaking, Turkish law treats these children as Syrian citizens, and therefore all the additional benefits for Syrian refugees in Turkey go to them.

Syrian law grants Syrian citizenship to anyone of a Syrian father without taking into consideration the place of their birth. Some Syrian embassies undertake the task of informing the Civil Registry department of the birth — but what about in Turkey, where the Syrian embassy is not performing all functions?

A member of the executive office in the Free Syrian Lawyers Association, Hossam al-Sarhan, said: “If relations between the two countries are normal, the embassies perform their functions and the matter is handled smoothly. However, in the case of Turkey and Syria the issue is very complicated”

Sarhan continued: “We are currently just registering the births in Turkey,” however he stressed that, “there is is no fear in this sense about the legal situation of the new births, as long as the birth is registered with the Turkish authorities.”