The UN's proposed peace talks are hardly the result of a genuine desire to stop the killings. Instead, they are meant to create the illusion that the international community has now reached a consensus on Syria. This is patently untrue 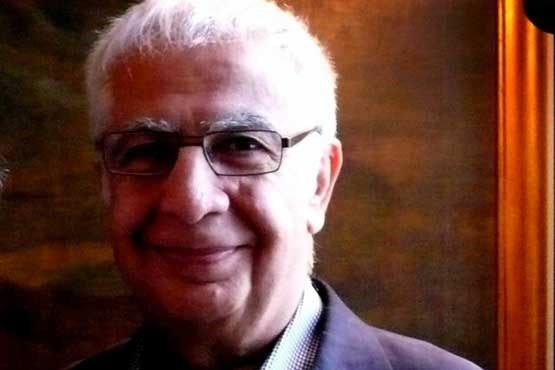 If all goes well, the latest diplomatic maneuver on Syria will take place sometime this month. However, what one can expect from the forthcoming session, which is unanimously endorsed by the United Nations Security Council, is far from certain.

The first thing to know about the proposed diplomatic exercise is that it is only tangentially related to Syria if at all. The real purpose of the exercise lies elsewhere.

This time, however, the Security Council envisages a ceasefire produced by unspecified talks at an unspecified date. Worse still, at least half of those involved in Syria’s multi-layered war are excluded even from talks on a ceasefire.

In Syria we have two kinds of fires. The first is the fire that rival factions, including the remnants of the Assad regime, hurl at each other during occasional, and increasingly rare, battles. This first kind of fire claims relatively few victims as none of the factions has the force to push a battle to a clear conclusion. In the past 18 months, the mosaic that Syria has become under the control of numerous armed groups has hardly changed. Thus whether or not we manage to cease that kind of fire would have little effect on the overall situation in Syria.

The second kind of fire is the one unleashed from the air, often against the civilian population. That fire is controlled by relatively few hands. The remnants of Assad’s air force routinely hits civilian targets, including with chemical weapons, with little or no discernible change in the balance of power on the ground. This amounts to massacre of civilians rather than an act of war. The Security Council could have easily called for an immediate cessation of fire from the air. But it didn’t.

Fire from the air also comes from the so-called coalition led by the United States and, more recently, by Russia. In both cases, we have significant “collateral” damage, that is to say civilians killed, for little military result. If Russian fire from the air kills more people it is because the Russians don’t have the kind of “smart” bombs and “brimstone” missiles that the US-led coalition has.

Here, too, the Security Council could have called for the instant cessation of bombings that produce no tangible results if only because neither the US-led coalition nor Russia and its second fiddle Iran are capable of translating air strikes into political gains on the ground. In the absence of a coherent military strategy, this is simply wanton killing.

Again, the Security Council made a move on that score. So, the resolution and the proposed talks are hardly the result of a genuine desire to stop killings in Syria. They have other purposes.

One purpose is to create the illusion that the so-called international community has now reached a consensus on Syria. This is patently untrue.

The Moscow-Tehran axis has an agenda aimed at prolonging Bashar al-Assad’s phantom presidency in Damascus.

Russia has suddenly realized that it has entered a hornet’s nest with no way out. Despite his boastful demeanor, Vladimir Putin is a cautious player. He knows that the Syrian imbroglio could continue for years while Russia faces economic meltdown and growing public concern about a costly foreign adventure.

Putin also knows that by backing Assad and bombing his opponents he will ensure Russia’s deep and abiding unpopularity in the Muslim world. Rather than a cheap jibe, the claim by Russian Muslim dissidents that Putin is prolonging his massacre of Muslims from the Caucasus to Syria may resonate with many Muslims across the globe.

As for the mullahs of Tehran, they now face difficulties paying the salaries not only of teachers but also of security services. At the same time, the Islamic Republic has sustained heavy losses including at least 140 senior officers in just two months, achieving nothing in military terms.

Tehran’s chief aim is to prolong Assad’s tenancy in the presidential palace so as to save the face of the “Supreme Guide” who has promised never to let his protege be driven out of power.

The US, under President Barack Obama, is only interested in buying time and creating the impression that the great practitioner of “creative diplomacy” has solved another major international problem in the wake of his dramatic success on preventing Iran from developing a nuclear bomb.

In other words all those who cooked up the cynical UN resolution want to buy time. The exercise provides them with ample time. Geneva talks are slated to open this month with an agreement on a ceasefire within the next three months. Three months after that, talks will start to form an interim government, presumably under Assad.

The next step would be to organize elections, presumably for a parliament, within 18 months. All that would take us into 2018 if not beyond. By then Obama would have long left the White House and published his memoirs citing Syria as one of his numerous diplomatic successes. If things had gotten even worse by then he would simply blame his successor.

As for Putin he would have at least achieved one thing: kicking his annexation of Ossetia, Abkhazia, Crimea and Donetsk into oblivion.

The “Supreme Guide” of Tehran would be able to boast that he did keep Assad in power until the end of his term. If Assad then ends up badly, as is almost certain, the “Supreme Guide” could write him off as just another “martyr for the Imam.”

The UN’s cynical exercise also lets Turkey and the Arabs off the hook. Turkish policy was put on the wrong trajectory because President Recep Tayyip Erdogan tried to use the opportunity provided by the Syrian tragedy to destroy the PKK and carve out a “security enclave” in both Syria and Iraq”.

For their part, Arabs have failed to coordinate their policies, revealing divisions that could only encourage their enemies.

The UN’s cynical exercises meets the tactical needs of all outside powers involved in the Syrian tragedy – except the Syrian people. They continue to be massacred every day.