This development represents a departure by the opposition because of the blatant shift in Russia's role from a joint position in international oversight of the political process, alongside the US, to a direct party to the war, alongside the regime, against the Syrian people 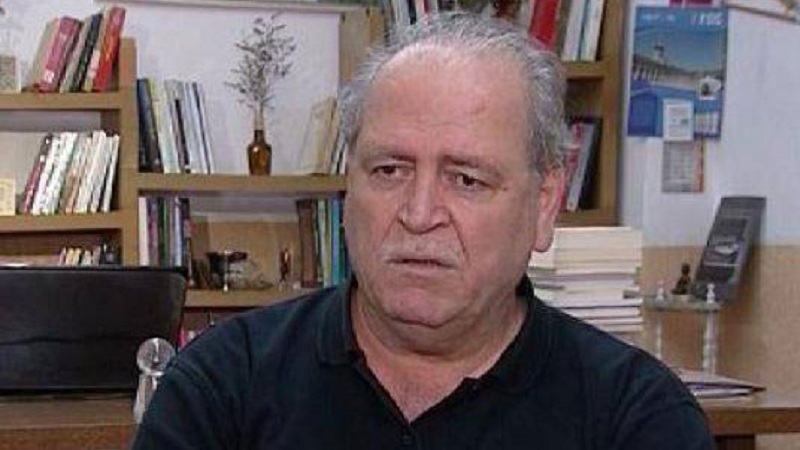 Perhaps one of the most important political repercussions of the bloody military operation which the regime and its allies are carrying out in Aleppo is the announcement by the opposition that it is no longer interested in the political process — an announcement following a discussion by the opposition Syrian National Coalition about military developments in Aleppo and the accompanying death and destruction, unprecedented in the years of the war in Aleppo. The announcement followed a joint meeting in Istanbul of National Coalition representatives and more than 30 armed opposition groups. At the close of the meeting the group stressed it would reject considering Russia a monitoring party to the negotiations alongside the United States, in that it was a party to the conflict in Syria.

This development represents a shift by the opposition on its position about the political process, which is threatened to be stopped, not just because of its troubled path since it started in Geneva in 2014, but also because of the blatant shift in the Russian position from a joint position in international oversight of the political process alongside the United States to a direct party to the war alongside the regime against the Syrian people since its military intervention in Syria started last year.

Regardless of the centrality and importance of these two reasons, there are other important reasons behind the opposition position about the uselessness of the futility of the political process. The most important of these may be the United States excluding international and regional parties from participating in this process as with what happened with the main European countries, including France, Britain and Germany, which have expressed and continue to express great interest in the Syrian issue, and are participating in work to resolve it, and as with Turkey, Saudi Arabia and Qatar, which have kept up with the Syrian issue in all its stages and details, and are interested in reaching a solution for it — as well as the accompanying sidelining of the United Nations despite its extreme weakness, and turning the international envoy Staffan de Mistura into a mere employee, with no role but to satisfy the Americans and Russians, and to work to implement their agendas in the Syrian issue and the ways of addressing it.

The United States has not only cleared out and marginalized regional, international and United Nations participation in resolving the Syrian issue, it has added to the above by giving Russia a central role in resolving the issue. This has been a violation of the truth that Moscow is an active and important party in this issue, given that it is the most important force in the camp of the regime’s allies, alongside Iran, especially after sending its forces to Syria under the slogan of the war against terrorism and its organizations and turned (after increasing the number of its forces and expanding their capacity) to war, and made the areas under opposition and modern rebel group control into a target as it seems especially in its recent operations in Aleppo and its countryside, Idleb and its neighbors, while its operations against ISIS are on the sidelines of these air strikes.

Russia added its military activities to support the Assad regime and bolster it militarily and politically — it directed it toward marginalizing the Syrian opposition and weakening it politically and militarily. The Russian efforts have focused first on trying to cast doubts on its representation of the Syrian people, and trying to create alternatives close to it and the Assad regime, such as the Moscow-Astana group, and the group that was formed at the Russian military base in Heimemem, as well as its allies from the Kurdish Democratic Union Party, which leads the Syrian Democratic Forces. Russia has worked to include these and others within the opposition negotiations delegation with a regime delegation to Geneva, while its efforts in dealing with the military opposition have focused on trying to connect them with terrorism, including the groups close to the United States, and striking them, and have also tried to create divisions and conflict between these groups.

The Russian presence in the international oversight of the negotiations and the solution in Syria has marginalized all international resolutions and initiatives and made them worthless by defending the Assad regime’s position of being opposed to implementing them, as with what happened in regards to the issue of bringing in humanitarian aid to besieged areas, and in the derailing of truces, including the truce which was stipulated by the Russian-American agreement on September 10, which was violated extensively and systematically by regime and Russian forces.

These policies and positions and the accompanying futile practices of the political process have been set, and have derailed the negotiations either directly or indirectly. Nothing has been achieved of them except to the benefit and gain of the regime alliance with Russia and Iran, most prominently winning time to change the reality on the ground and politically, at the same time as winning in the media-propaganda war to manipulate public opinion and convince it that the Russians, Iranians and the Assad regime were trying to fight terrorism side by side with efforts to find a political solution for the Syrian issue. The opposition has had no gains, indeed more losses, which has left it with questions about the use of the political process and the negotiations with its enemies and the killers of the Syrian people.