Writing for Al-Watan, Assad loyalist and sharp Israel critic Tahsin al-Halabi describes a failed plot to unite the Middle East against the Axis of Resistance 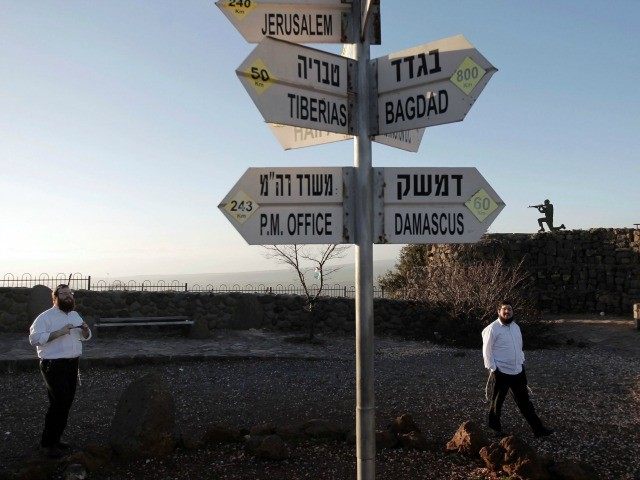 Many may notice that the world is undergoing a transition from an American-led unipolar order into a new situation, one which many powers in Europe and the world are contributing to shaping, based on each country's military and political assets and its relationship with regional states. The Middle East region is at the same time passing through a dynamic transitional stage affecting the construction of a new global system, influenced by actions on the international stage and the struggle of the great powers.

In this vision, Syria occupies, following its victories over the plots of enemies and terrorists, a primary place and important role in shaping and defining a future for this region, alongside its international and regional allies, and achieving the national aims fixed in its policy.

In an analysis published in the online magazine Eurasia Review under the headline: “Playing with Fire: Israel and its Problematic Friends Solidify Ties,” the political writer James Dorsey says that the Middle East is still, for the sixth year, passing through a transitional stage which may continue for two decades, and in the conflicts that are occurring there, there is a stage in which Israel is playing with the countries it has relationships. He adds that Israel is trying to mobilize these counties against Iran, Syria and Hezbollah, but that it will find that its link with these countries will remain weak because of the inevitable changes that will occur in the Arab situation. Dorsey concludes that the factors and dynamic elements which the region is witnessing are concentrated in five basic developments: the impact of the 2011 Arab revolts, the Gulf crisis, the Saudi-Iranian rivalry, transition in the Gulf, and the Israeli-Palestinian conflict.

Dorsey promotes the view that Saudi Arabia and its allies, with their intervention and their support for militants, have created an Arab Autumn. The Middle East field has been transformed by Saudi alliances against Qatar, its war on Yemen and the disintegration of the alliance of countries of official Arab systems, in a way that did not negatively impact American interests and American alliances with these states, but did result in the decline of the Saudi role.

It seems that the outlines of a transitional stage have begun to prove that every instance of weakness displayed by the Saudi role in the region quickly generates an increased fragmentation in the fabric of its alliances, as well as its internal fabric and in relations between the royal family and the Saudi public.

In contrast, Riyadh, following its dispute with Qatar and its ally Turkey, now finds it is losing friends as regional countries no longer depend on its support.

Everyone notices that the internal situation in Saudi Arabia and a number of Gulf countries is now passing through a transitional stage which has made the emirs and ruling families unable to govern as before, after failing to achieve their aims in Syria, Iraq, Tunisia and Yemen. Observers also note the decline of Turkey’s regional role after the frustration of President Recep Tayyip Erdogan’s aims in Syria and Iraq, which has begun to generate opportunities to increase Iran and Syria’s power in drawing up a future Middle East at the expense of Gulf countries.

The security expert Robert Springborg said that Saudi foreign policy is based on handing out financial incentives. He explains that the royal family does not know how to manage foreign or domestic policy because internally it is content with giving its citizens monthly salaries without working. The question is: What will the countries allied with Saudi Arabia do when it is unable to hand out checks?

Israel understands that its dreams of building an alliance with some Arab countries against Syria and Iran have become a mirage in the sand, which was gambled on its leaders in the Arab world. This is what made Israeli Defense Minister Avigdor Lieberman acknowledge with the bitterness of the defeated that President Assad has won the civil war in Syria, sounding the alarm for the United States to increase its intervention in the region.

Israeli Prime Minister Benjamin Netanyahu has noticed that his gamble on establishing a regional alliance to carry out a war on the Axis of Resistance is no longer viable, because the countries which he hoped to harness have become weaker while their internal problems have grown.