The deaths of a host of regime military figures have been reported, with some citing health problems and other accidents reports Shaam News. 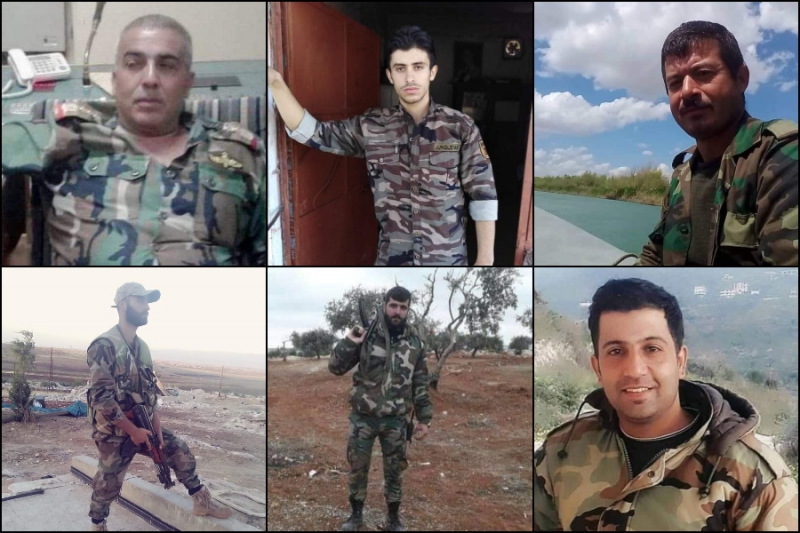 The Shaam News Network monitored the killing and wounding of a number of officers and members of the regime’s army in various areas, including high ranking figures, according to what was reported by pro-regime pages. Causes of death included traffic accidents and health conditions.

Pro-regime pages mourned Brig. Gen. Jassem Muhammad al-Saleh, who hails from the village of al-Bowayr al-Sharqiya, in the countryside of Homs, and indicated that he was a chief of staff in the regime’s army, and claiming that he died as a result of a stroke.

Pro-regime media sources also revealed the death of Col. Jaber Muhammad Haydar due to what they said was a heart attack. Haydar is originally from Jabla, Harf Matour village, in the Lattakia countryside.

Additionally, a sergeant in the ranks of the regime’s army by the name of Ashraf Hussam Mariam was killed in a traffic accident while he was on mission in Damascus. He hailed from the Zahraa neighborhood in Homs.

Regime army member, Ashraf Imad Ghacham, was killed while he was performing what was described as his national service. He is originally from Quneitra Governorate. Bassem Hussein Sabbouh, from the al-Ghab area in the western countryside of Hama, was also killed.

Officers and members of the 15th Special Forces Division, affiliated with the regime’s militia, including Brig. Gen. Mohsen Abu Ghanem, commander of al-Zalaf, were wounded by the explosion of a landmine near the al-Zalaf Dam in the desert of Suweida.

Pro-regime pages said that the wounded, in addition to Brig. Gen. Abu Ghanem, are Brig. Gen. Hussam al-Ali, Jawad al-Jabaei, Ghadeer Hassan Darwish, and Muhannad Rizk. No information about deaths due to explosions was made available. Explosions have become frequent occurrences in most regions of the Syrian countryside.