The Russian Embassy in Syria posted a photo of a "fake humanitarian crossing", which was taken in 2018 and showed Syrians in Turkey queuing at the border to enter areas recently been captured by Turkey writes Al-Araby al-Jadeed. 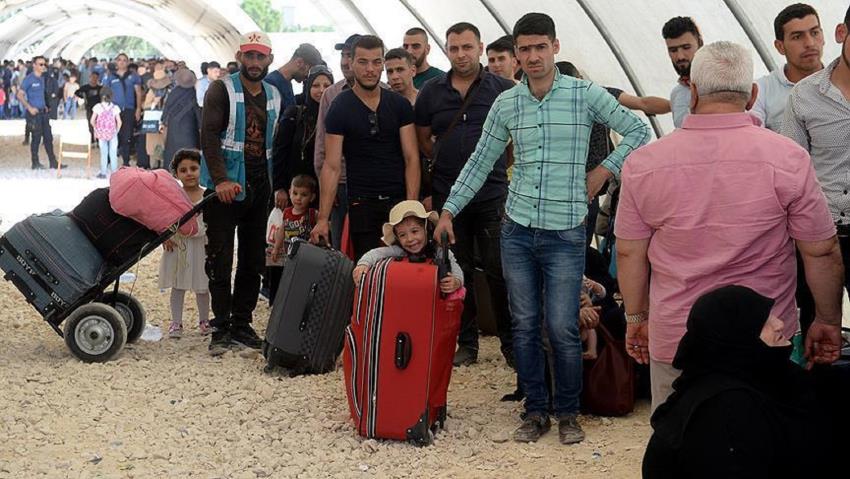 The Russian Embassy in Syria has been ridiculed by Syrian activists after publishing a tweet on Sunday using a “fake humanitarian crossing” photo, to imply that people in Idlib were queuing up to head to regime areas.

“Syrians under illegal armed formations [sic]” had appealed to Russia’s “Centre for Reconciliation in Syria” for help to “return home” to areas under Assad regime control”, the embassy tweeted in English.

The tweet said that crossing points would be opened on Monday in Habit, Abu Duhur and Al-Hadir and was accompanied by a photograph showing Syrians apparently waiting to cross into regime-held areas.

However, Syrian Twitter users pointed out that the photo was taken in 2018 and showed Syrians in Turkey queuing at the border to enter areas recently been captured by Turkish-backed Syrian fighters from Islamic State group and the Kurdish People’s Protection Units (YPG).

Twitter users posted the original article from the Turkish Anadolu news agency which featured the picture in reply.

Others mocked the fact that the Russian embassy hadn’t even bothered to airbrush out Turkish police – visible in the background – of the picture.

“At least you could do better faking this by using a photo in Winter! It is -1°C in there and people are hanging out in T-Shirts?!” one person tweeted.

At least you could do better faking this by using a photo in Winter! It is -1°C in there and people are hanging out in T-Shirts?! Not only fakers but also stupid!

Last Thursday, Russia announced a ceasefire in Idlib province, which has been under ferocious bombardment by regime and Russian troops.

Over 300,000 people have been displaced in the rebel-held province since 15 December.

On Saturday, regime airstrikes killed 18 civilians in Idlib city and the town of Binnish.

On Monday, regime helicopters dropped leaflets telling civilians to leave the opposition-held cities via the “humanitarian corridors” mentioned in the Russian embassy’s tweet.

Local sources told The New Arab that there had been no civilian movement to the declared crossing points.

They also said that the regime had shelled the town of Telmans and the city of Maarat al-Numan, which was deserted by its inhabitants last month, despite the ceasefire.

Civilians in rebel-held areas who have accepted regime “reconciliation agreements” or entered regime-held territory have been arrested by the regime and fear torture or execution in regime jails.

Thousands of people left the besieged Rukban refugee camp in the Syrian desert for regime-held Homs last year under UN guarantees, only to be detained by regime forces after being confined to “reception centres”.