A Russian airstrike, which targeted Maarret al-Numan has killed a number of civilians, marking the latest violation to the ceasefire writes Zaman Al Wasl. 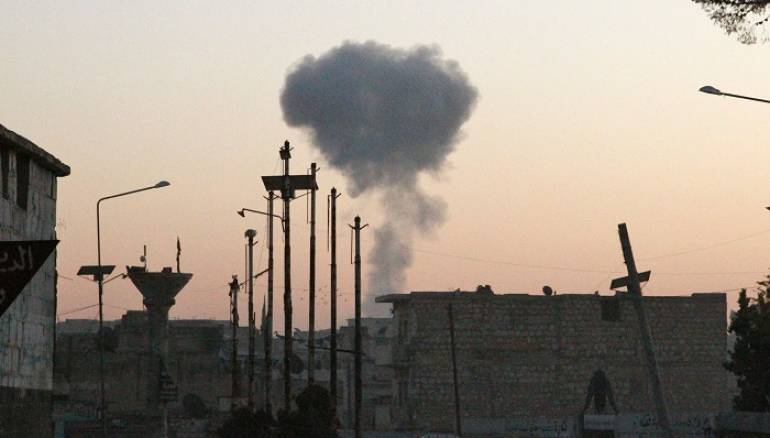 At least six civilians, including children, were killed and a dozen more were wounded in Russian airstrikes that hit the northern province of Idleb, rescuing workers said Wednesday.

The strikes targeted the town of Maarret al-Numan and an array of surrounding villages.

Wounded civilians were taken to the hospital in the Reyhanli district of Hatay, a southern Turkish province bordering Syria, according to Anadolu Agency.

Over the last month, The death toll from the attacks on residential areas in the Idleb de-escalation zone amounted to 75, including 13 children, said the White Helmets.

According to Syria’s Response Coordination Group, a local non-governmental organization, the attacks by the Assad regime and its supporter Russia, within the Idleb de-escalation zone, have displaced some 40,000 civilians in the first half of November.

The Idleb region, which is home to some 3 million people, including many displaced by Syria’s eight-year war, is controlled by the country’s former al-Qaeda affiliate.

In April, Assad’s forces launched a blistering military campaign against Idleb, killing around 1,000 civilians and displacing more than 400,000 people from their homes.

A ceasefire announced by Russia late August has largely held since, although dozens of civilians have been killed in sporadic bombardments since then.

Last month, Bashar al-Assad said Idleb was standing in the way of an end to the civil war that has ravaged his country through most of the current decade.