Russia forces launched an assault on the Tel Ja’afar area, in an attempt to push out rebels, but were held back by the opposition forces reports Zaman Al Wasl. 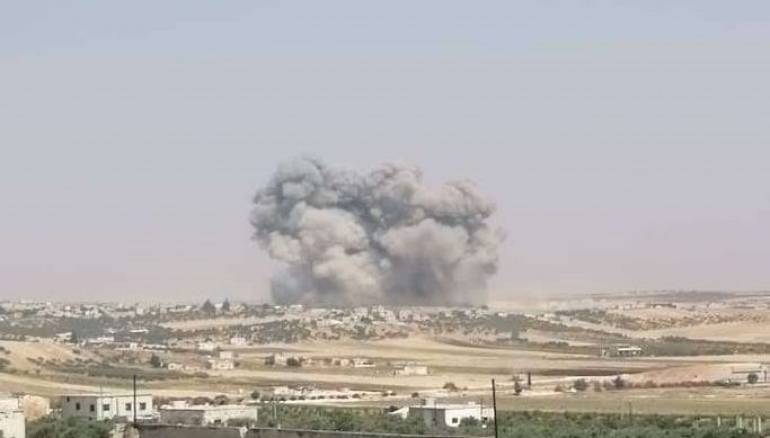 Rebels also clashed with regime forces in the Kabina area in the northern countryside of Lattakia, as regime forces press to cut a supply route between rebels in Idleb and Bashar al-Assad’s hometown coastal region.

The artillery and rocket attacks continued on Idleb region, which is home to some 3 million people.

On Friday, three women were killed and four children were wounded when the regime’s artillery fire struck the Jisr al-Shughour region.

On Thursday, the regime attacked a marketplace in the village of al-Janudiya near the Turkish border, leaving 10 people dead and 14 wounded, according to the White Helmets.

The de-escalation zone is currently home to some four million civilians, including hundreds of thousands displaced in recent years by regime forces from throughout the war-weary country.

Assad, who now controls around 60 percent of the country, has vowed to reclaim the rest, including Idleb.