At the request of the Russians, Qasem Soleimani has ordered the redeployment of his forces to a factory in Aleppo, to ensure Nayrab airport is spared Israeli airstrikes reports Zaman Al Wasl. 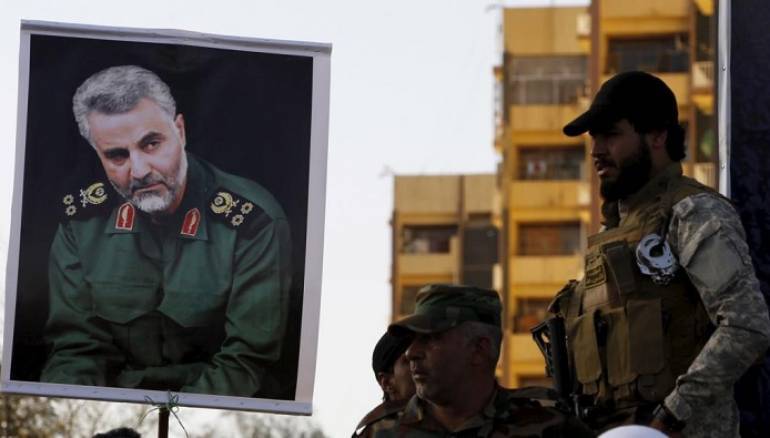 A well-informed source said Qasem Soleimani, a senior commander in Iran’s Revolutionary Guard Corps (IRGC), had moved hundreds of militants from the Nayrab airport to a nearby factory in Aleppo province where they settled and mobilized.

The evacuation to Qasioun Factory was after a Russian order, to avoid Israeli airstrikes and save the airport’s infrastructure, according to the source.

The new Iranian base is a factory used for manufacturing cars and buses and located just a few miles from the Nayrab airport, which is also known as Aleppo International Airport, where the IRGC have resumed training pro-regime militias.

The training is supervised by Maj. Gen Soleimani, the commander of the Quds Force, that responsible for the extraterritorial operations of the IRGC.

Zaman al-Wasl sources confirmed that Soleimani had trained specialized militants to use attack drones at Nayrab airport, that are believed to be Iran’s lethal weapon in the upcoming war.

The IRGC may have set up multiple bases in Syria to train its operatives to fly and operate drones in terrorist operations inside and outside Syria, which can be blamed on others and create more tension in the region, experts say.