The regime and its Russian ally are continuing their deadly assault on Idleb, pushing the number of civilians killed higher and higher reports Zaman Al Wasl. 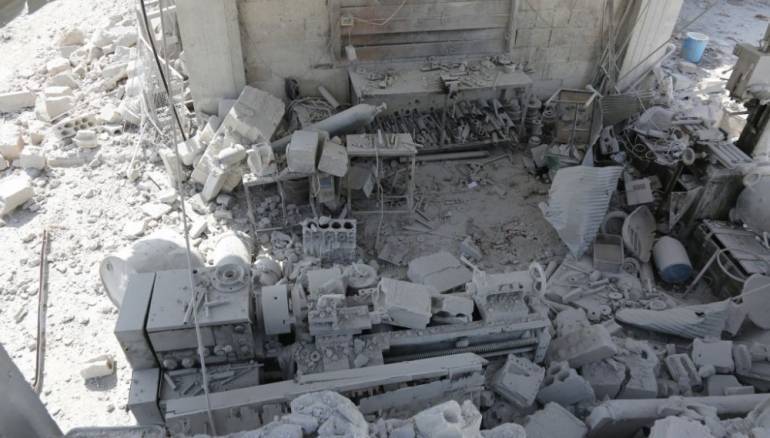 At least 12 civilians, including five children and three women, were killed and dozens more were wounded in regime airstrikes in the northwestern province of Idleb, rescuing groups said Monday.

The deadly airstrikes hit the village of Jabala in the southern countryside of Idleb province, the White Helmets agency reported.

More than 100 people, including rebel fighters, have been killed since Friday in northwestern Syria.

Rescue workers are working to save the lives of people who are still trapped under the rubble of buildings, the Civil Defence said on its Twitter account.

The death toll is expected to rise due to the heavy bombardment, activists say.

Idleb, which is home to some three million people — almost half of them displaced from other parts of the country — is dominated by the Hay’at Tahrir al-Sham alliance led by al-Qaeda’s former Syrian affiliate.

Idleb is supposed to be protected from a massive regime offensive by a buffer zone deal that was reached between Turkey and Russia in September.

But the regime and its Russian ally have upped their bombardment of the region since late April, killing more than 300 civilians, according to the AFP.

Eight years into Syria’s civil war, the Idleb region is the last to remain beyond regime control apart from a large northeastern swathe held by the country’s Kurds.

The war, which started in 2011 with the brutal repression of anti-regime demonstrations, has killed more than 560,000 people and displaced 6.5 million.