The Free Syrian Army along with other military factions have launched attacks against the regime's forces, causing a number of casualties and destroying heavy weapons reports Alsouria Net. 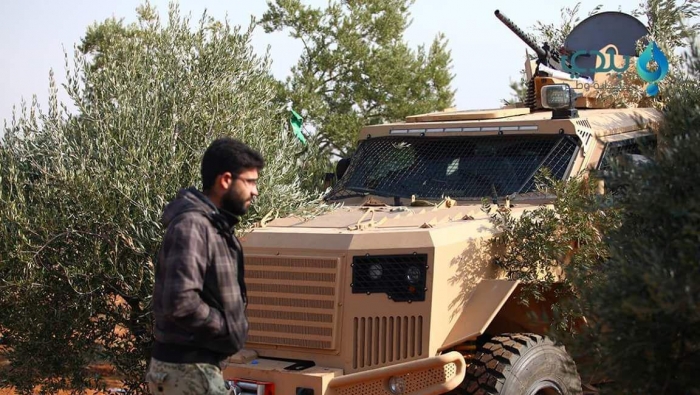 On Wednesday, the Free Syrian Army along with other military factions started a new offensive on the northwestern Hama front after advancing and taking control of the town of Kafr Nabudah, following a counter-attack in which Assad’s forces suffered heavy losses.

The National Front for Liberation said that their artillery and rockets regiment used BM-21 rockets and heavy artillery rounds to strike positions and barracks of Assad’s forces and the Russia-backed Fifth Corps militias who were stationed in the northern and western Hama countryside.

Rebel groups were able to capture Colonel Abdel Kareem Youssef Souleiman during the fighting in Kafr Nabudah on Tuesday-Wednesday night.

In addition, warplanes carried out airstrikes on villages in the Idleb countryside, with the town of Saraqeb subjected to three airstrikes, which killed four civilians and wounded more than 20 others.

On Tuesday morning, a number of rebel groups began a counterattack against Assad’s forces. At the beginning they were able to take a number of areas, including Tel Huwash and al-Humairat in the northern Hama countryside, and to break Assad forces’ defensive line in Kafr Nabudah.

The attack carried out by the rebel groups is considered to be a sign of Turkish-Russian divisions regarding Idleb province and its fate.

The attack came after intensive communications between the Russians and Turks to reach a truce in Idleb that was rejected by the National Front for Liberation, which continued to strike Assad forces’ positions in the western Hama and northern Lattakia countrysides.