Since the buffer zone agreement was implemented, infractions have been frequent and deadly reports Zaman Al Wasl. 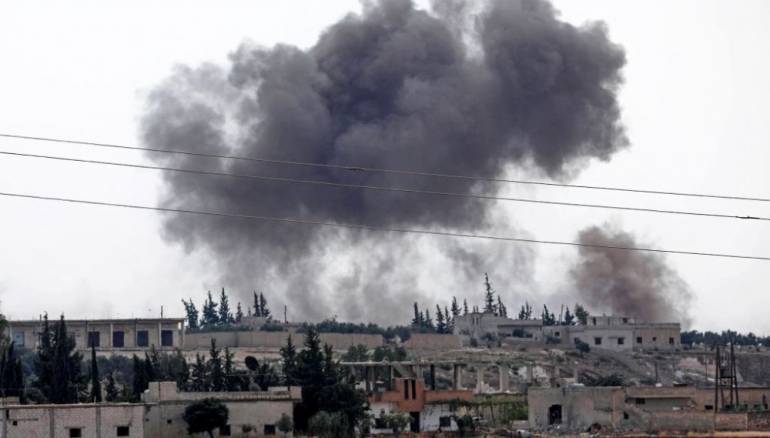 On Friday, six children were killed in Maarrat al-Nu’man when the regime forces hit the northern town with cluster bombs, the Idleb Media Center reported.

An array of towns in Idleb province came under regime artillery fire in latest regime escalation against the buffer zone area.

Idleb has been hit by sporadic regime shelling for weeks, despite the buffer zone deal between Russia and Turkey.

Turkey, which backs moderate Syrian rebels, and Russia, the regime’s principal foreign ally, agreed in September to create a demilitarised zone in the northwestern Idleb region that would be evacuated of all heavy weapons and hardline fighters.