Russian air force operations against terrorists in Syria have drastically altered the situation on the ground, foreign minister tells reporters in Moscow 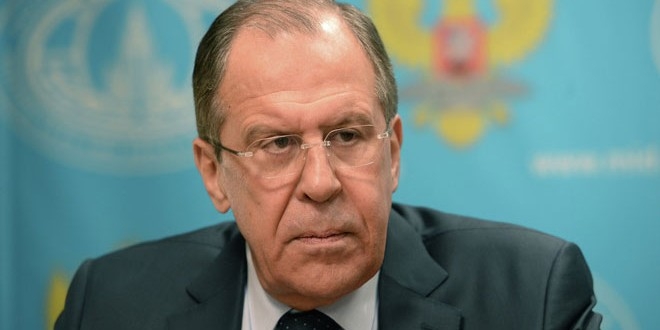 Russian air force operations against terrorist organizations in Syria have “drastically altered the situation on the ground,” Russian Foreign Minister Sergei Lavrov said in his annual news conference in Moscow on Tuesday.

“The operation of Russia’s air forces in response to a request from the Syrian government really made it possible to turn the tide of events in the country and to cause the terrorist-controlled area to shrink,” Lavrov told reporters.

“Also, it became clear who fights the terrorists in earnest and who is their accomplice and tries to use them for their selfish aims,” he added.

Lavrov went on, saying that Russia’s “active participation in the anti-terror struggle has contributed to the passing of a number of important resolutions of the UN Security Council aimed at curbing terrorist financing and the phenomenon of foreign terrorist gunmen.”

Russian President Vladimir Putin’s initiative for forming a wide anti-terror coalition under the guidance of the United Nations was one of the key measures of the Russian foreign policy, he said.

Responding to questions about Turkey’s violations of counterterrorism resolutions, Lavrov said: “Concerning the anti-terror resolutions on Syria, we are determined not to allow any juggling (with UN resolutions).”

“We are closely following the activities of the UN Secretariat, which is supposed to prepare information and subsequently reports on how the parties comply with these resolutions,” he added.

Lavrov told reporters it was ‘outrageous’ that the first report on compliance with the UN Security Council’s resolution on curbing financing of terrorist groups did not mention the oil smuggling from Syria to Turkey.

Regional and international parties, he said, have finally realized the necessity of abandoning the preconditions for starting the inter-Syrian dialogue.

He also rejected any attempt to marginalize some parties of the Syrian opposition in the upcoming Geneva talks, dismissing such attempts as a flagrant violation of the UN Security council’s resolution.

It is up to UN Envoy to Syria Staffan de Mistura, said Lavrov, to send invitations to the opposition delegation based on the Moscow, Cairo and Riyadh meetings.