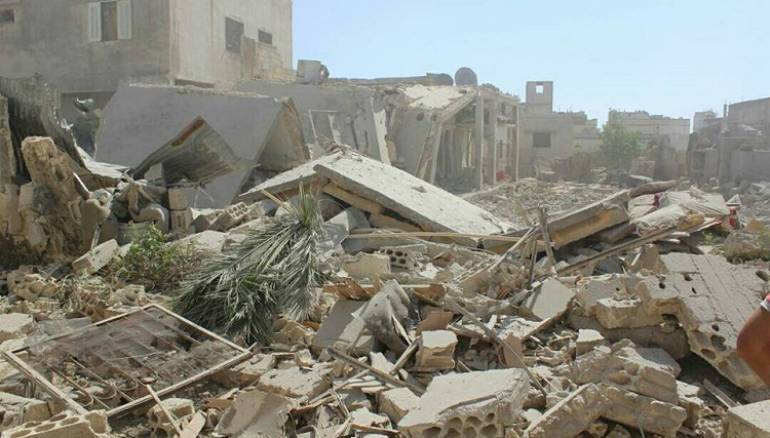 A woman was killed and eight others wounded in renewed aerial bombing on the northern countryside of Homs province, a local reporter said Tuesday, despite a Russian-brokered deal aimed at de-escalating the conflict in Syria last week.

The regime struck the town of Kafr Laha with six vacuum missiles, killing a woman and leaving huge destruction in the town that was included in Moscow’s “safe zones” plan.

Earlier on Sunday, regime warplanes carried out eight raids on Kafr Laha, leaving seven people wounded, while two children from the same family were killed in artillery shelling on the Houla region.

In turn, Russia's warplanes this week killed five members of the same family in Al-Sukhnah in eastern Homs.

In central Homs, the 10th batch of evacuees from Al-Waer left the last rebel stronghold in the city on Tuesday, heading toward the northern Idleb province, a local reporter said.

The 60 buses were loaded with over 2,600 people, including 400 rebel fighters, in an evacuation expected to be among the largest of its kind under a Russian-backed deal with the regime.