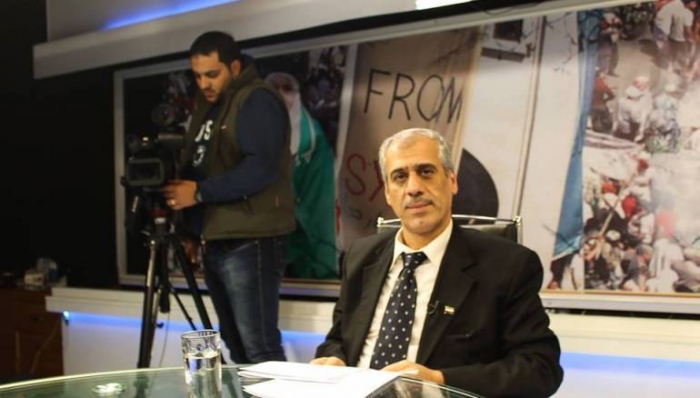 We can talk about three real challenges facing our work inside. First, the continuous bombing by the Russian enemy and the Assad regime. This prevents the (interim) government from working safely and [affects] its ability to provide services and communicate with the inside as it should be able to. Second, the challenges include lack of financial resources for the government, but this will not be an obstacle to the government’s work. The third challenge is the ability to control one of the Syrian crossing points, either in the north or in the south, since a crossing point provides a good opportunity to strengthen the work of the government and we are working on that.

What is the order of priorities concerning the work of the government inside Syria with regard to relief, hospitals, education, and a return to normal life for civilians?

Regarding the priorities, I can say I am very busy and quite interested in education, education and education. The key goal of the interim government is to secure education for Syria children. The bridges that are being destroyed by the Russian enemy or Assad forces can be rebuilt, and so can the streets and buildings. However, a child who lost his education has lost his start, and that cannot be compensated for. That is why the government is exerting major efforts for this purpose and there is continuous work to implement this priority. To rebuild the Syrian state we need staff and as such we have to focus on higher education and vocational institutes.

Who protects the interim government headquarters and how much coordination is there with the rebel factions?

Protecting the government concerns special security procedures and this is not the right time to talk about that due to its security nature.

You are resident in Idleb province, which is controlled by factions including Nusra Front. What is the relationship between the government and Nusra Front, and how do you deal with a terrorist-listed organization?

The role of the government is service-oriented. It is to offer services to the society. Hence, we do not have any relationship with the political sector. This is the mission of Syrian National Coalition. This is the same for the military sector. Also, it is the same for judiciary which is responsible for judicial council. Our objective inside Syria is to help those who are affected and fill the void in the liberated areas. We only have one enemy and that is the Syrian regime.

What about the other ministers in the government, will they work inside Syria as well?

Certainly, the work of all ministries will be based inside (Syria). There will be a coordination office abroad, but we are here to communicate with the Syrian population and to be beside them living as they live.

Will the government headquarters be public and how it will be able to work amid the continuous bombing?

We will not place any flag related to the revolution on the government headquarters, at least in the current stage due to security conditions.

How will the government coordinate with the local councils and what is their role?

The local councils are partners with the government, as is the case for organizations and activists. We see everyone who is working inside Syria as a partner for the government and we need every person who can play a positive and active role for the Syrian population.

What are the geographical borders for your work, and what about the Islamic State-controlled areas?

All the besieged and liberated areas are included (within our mandate) … Regarding the eastern regions, we will meet soon with activists and our friends in the local councils. This meeting will be important as it will help us understand if the government will be of any use for Syrians in the eastern regions. They are the ones who must decide the cooperation procedures since they live there.

Did you receive any financial support from the friends of the Syrian revolution, and who heads the list of the supporters?

I have not communicated with any of our friends or funders until now. I was very busy lately working inside Syria and did not have the chance to do anything related to this issue. But in the past two days I met with some activists and political blocs in the Syrian National Coalition in Turkey.

We have a plan regarding the financial support and needs which are being prepared for in conjunction with budget preparations. At the same time, we have an opportunity to find financial resources inside Syria.

For example, the Al-Rawj Plain consists of 100,000 acres that can be invested in. It can provide a big investment in grain. It is the same in the Al-Ghab Plain, there are 20,000 acres available for investment in sugar beet crops. There are many olive projects in Idleb that can be invested in especially considering locals are still unable to export their yield. If we could obtain customs certificates and a crossing point, we can export these products, especially to Turkey.