After serving short sentences, if any time at all, fighters from the Islamic State are being conscripted into the security services, where their knowledge is helping the regime arrest activists writes Etihad Press 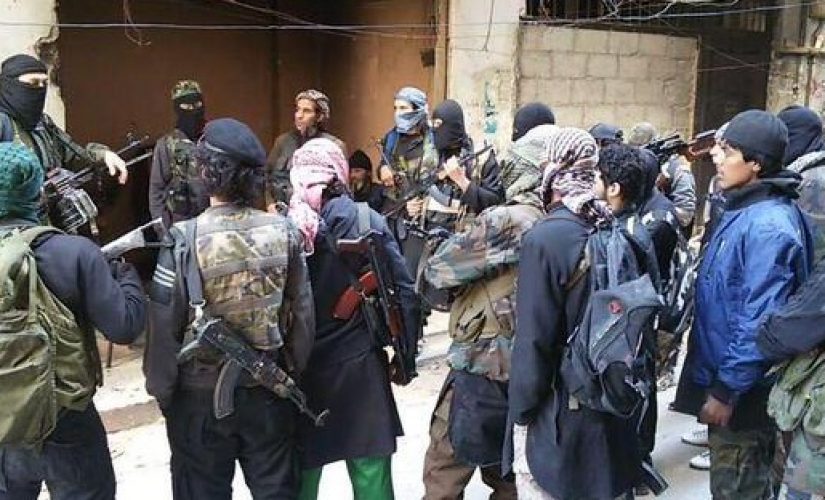 Barely six months had passed since regime forces took control of the Yarmouk basin area in Daraa province in southern Syria, before more threads regarding the relationship between the Islamic State (ISIS) and the regime were revealed. While the Syrian regime pursues former commanders and members of opposition groups who were involved in the reconciliation and settlement programs and throws them into prison on various charges, many ISIS members who were arrested at the end of July have been freed—with some even conscripted into the security forces of the province, as if nothing ever happened.

One of those who was released was called Raed Saloum, 37. An activist from the Ahrar Houran Association said that he was an “officer amir” with Jaysh Khalid bin al-Walid, under the authority of ISIS in the Yarmouk basin. Before that, he was an officer with the rank of colonel in regime forces until September 2017, when he entered the Yarmouk basin to take up his post with ISIS. According to the source he was, “known for his crimes and his severity in the region.” Among the names were Abdullah Abdel Rizik Mustafa Faraj, 43, who was a general administrator, an interrogator, and worked to recruit fighters from outside the Yarmouk basin. He had direct ties to Israel, and he was a security figure for the intelligence agencies, and was transferred to Deir ez-Zor.

The name Mohamed Nufan al-Mohamed also appeared. He had been a security figure in Jaysh Khalid and with the regime forces and while Military Security patrols carried out raids in the area, he accompanied them as he knew the homes of activists (revolutionaries and aid workers). There was also Youssef al-Nablusi, 47, who was the head of the External Relations Office for ISIS in the south and now lives in the Tel Shehab farms “without anyone bothering him.” In addition, there was Ibrahim Younes al-Muqaddam, whom the regime released in 2011 from the Saydnaya prison, and although he was the amir of the security office of the Jaysh Khalid, he is still free to this day.

Also from ISIS was Mohamed Turki al-Samouri, who now works with the Military Security branch in Daraa. One of the most prominent names may be Omar Sayel al-Awdat, who the source said was, “responsible for killing 14 commanders from the Ahrar al-Sham movement in a barracks on the outskirts of the town of Tasil in 2015.” He was a field commander for the Jaysh Khalid brigade, and last summer he turned himself over to the regime forces and volunteered for the Military Security, where he worked at the base in the Izraa area. Asad al-Nasaan  is now working in the Military Security branch in Damascus. He was a security figure in Jaysh al-Khalid and residents say that he, “carried out proven crimes, including killings, and abusing the corpses of Free Syrian Army fighters,” along with Namr al-Ameyan, who joined Military Security, and in November personally oversaw raids and arrests in the town of Tel Shehab.

The freed commanders also prominently include Minaf Fahed al-Deiri, who had transported large amounts of sarin from the Chemical Brigade in the 82nd Brigade to Jaysh Khalid, and Abou Talal al-Qurfan, who was responsible for planting explosive devices. There was also Maher Kanhoush, who was responsible for the Hisbah Diwan of the Jaysh al-Khalid, and whose arrest by the regime lasted only about six months, before he was recently released.

The Military Security is not the only entity which former ISIS fighters and commanders have joined. Some of the most prominent names now volunteering in the State Security branch include Dawoud al-Salah (Abu Suleiman) from the town of al-Rafid in Quneitra province, who was an arms dealer with 30 fighters under his command, and is accused of many kidnappings in recent years.