A profile of Major General Husam Louka, the new head of the General Security Directorate who is accused of countless human rights violations 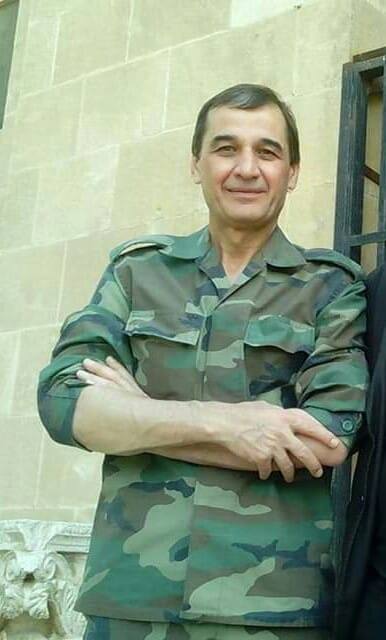 In a surprise move, President Bashar al-Assad recently conducted a major reshuffle of the security sector in Syria. Unverified reports say that the infamous Ali Mamlouk, who was the head of the National Security Bureau, was promoted to Vice-President or Assistant to the President in charge of the security affairs. Gen. Muhammad Deeb Zaytoun, formerly head of the General Security Directorate, replaced Mamlouk. In Zaytoun’s position, came an individual who is relatively unknown to the public: Hussam Louka.

Hailing from the small town of Khanaser in the Aleppo countryside, Louka chose to go to the Military Academy to become an army officer. He graduated in 1984 and served at the Ministry of Interior as a lieutenant in Aleppo. He rose up the ranks in the police corps and when he was promoted to the rank of colonel, he transferred to the Political Security Services, whose role was very limited in comparison with the Military Intelligence, the Air Force Intelligence and the General Intelligence Directorates. He served at the Aleppo Political Security Branch, where he became in charge of the Afrin Political Security Branch, before he was transferred to Damascus, where he held several positions in the city and the countryside.

In 2004, under Bashar al-Assad, Louka was sent to Homs to take up the position of deputy head of the Political Security Branch, and later the head of the branch. At that time, Homs was like a “private farm” for the province’s governor, Iyad Ghazal, who had numerous links to corruption. Louka worked closely with Ghazal and was part of his corruption network. Apparently, he went too far, which forced the Assad regime to relieve him of his position and launch an investigation related to accusations of embezzlement and wasting public money. But as the Syrian norms go, Louka was reinstated in his position due to his good ties with the then head of the Political Security Services, Major General Muhammad Deeb Zeitoun.

When the Syrian revolution broke out in March 2011, Louka was appointed as the head of the Political Security Branch in Hama. Some of the biggest protests were seen in Hama, and Louka, who was instructed to remain calm in the first weeks, used the invasion of the regime army into the city as an opportunity to take his revenge on the city. In December 2011, Louka was moved again to head the Homs Political Security Branch, a place he was familiar with. But additionally, he was appointed deputy chairperson of the city’s military and security committee. In Homs too, Louka reportedly committed a number of massacres and oversaw the systematic torture of detainees in his department. But worse, he recruited a large number of people from his hometown, Khanaser, one of the poorest towns in the country, into the ranks of the pro-Assad militias and played a major role in sending reinforcements to Aleppo from Khanaser when the opposition fighters managed to block the Damascus-Aleppo Highway.

In May 2014, Louka was on the regime’s committee for negotiating the withdrawal of opposition fighters’ from the Old City of Homs. In 2010, Louka was appointed Assistant Head of the General Intelligence Services under Major General Muhammad Deeb Zeitoun. When the regime restored control of the al-Waer district in Homs after displacing its people, Louka was the one to raise the regime’s flag in that district, where the regime had committed countless massacres over the course of just a few years. And when the regime recaptured Daraa, Louka played a major role in recruiting local men into the Republican Guard, telling community leaders that Russia was not going to stay in Syria for long and that the only defender of the country was the Syrian regime.

In the fall of 2015, for example, he was accused of participating in the so-called “Eid massacre” in the al-Waer neighborhood, where a children’s playground was bombed and 19 people, including 14 children, were killed.

Major General Husam Louka is on the British, European and Canadian lists of sanctions due to his responsibility for a number of crimes against Syrians.