Fadi al-Mallah has been fighting with the regime since 2014 and has been accused of committing a number of human rights violations. 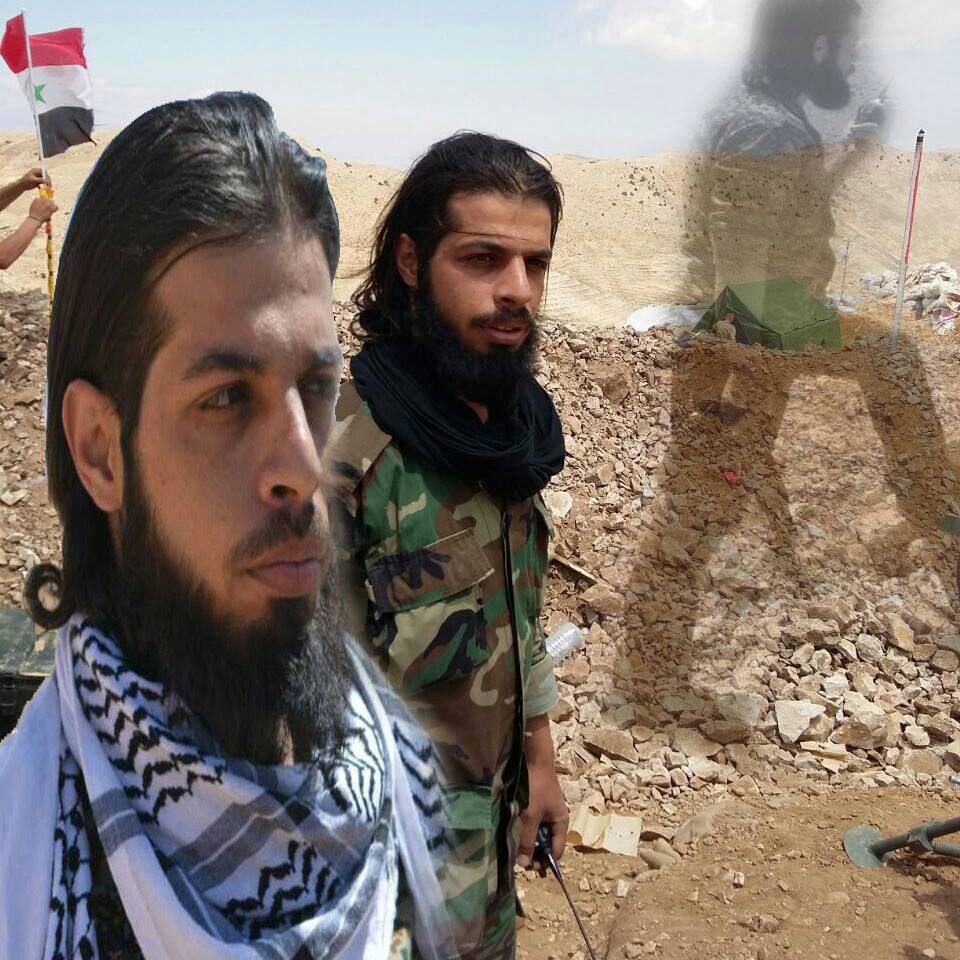 Fadi al-Mallah, a Palestinian-Syrian national, is the Secretary-General of the Shabab al-Audeh (Youth of Return) Movement and Commander of Quwwat al-Jaleel (Galilee Forces). Mallah has fought alongside the regime since 2014 and participated in most of its battles against Syrian civilians.

Fadi al-Mallah descends from a Palestinian family who fled Palestine after 1948. He was born in 1984 in the Khan Dannoun refugee camp in the Damascus countryside. As a young man, he was known for his bullying attitude at school and in his neighborhood. Mallah joined Ahmed Jibril’s infamous Popular Front for the Liberation of Palestine – General Command, an organization largely obedient to the Assad regime since 1976.

When the Syrian revolution broke out in 2011, Fadi al-Mallah participated actively in the repression. He started a social political group under the name of Shabab al-Audeh Movement (Youth of Return), referring to the return to Palestine, an appealing name for Palestinians. However, the sole goal of his group was the defence of the regime against protesters.

In 2012, Mallah formed an armed wing for his group to which he also gave a name with a Palestinian reference, Quwwat al-Jaleel (the Galilee Forces). The launch of the militia was celebrated in an official ceremony under the regime’s auspices.

On the launch of his movement, he said: “We have the honour to launch our movement from Syria, the resistance, because the road to return passes through the Omayyad Square (the main square of Damascus). We will be hand in hand with the Syrian people to solve this crisis which our beloved Syria is going through, as we are part of this people and this country in which we lived and grew up, as if we were in our beloved homeland Palestine.”

Mallah holds responsibility for his group’s violations of human rights throughout the military operations he took part in. The Galilee Forces participated in countless battles, including fighting along regime forces and Hezbollah militiamen in the West Qalamoun battles (July-August 2014), which led to the displacement of the population to Arsal in Lebanon, and in the battles of Aleppo (second half of 2016).

In 2018, his forces were engaged in the Eastern Ghouta onslaught that drove thousands of people out of their homes; many were killed. At a later stage last year, members of his forces were sent to participate in operations in Deir-ez-Zor under the command of Hezbollah.

As many other pro-Assad forces, Mallah justifies his support to Assad with the latter’s “resistance to Israel” and the role played by the Syrian regime against “international imperialism.” In an interview with a pro-regime website, Mallah says, “all the regional states are puppets working for the Zionist and American agendas.”