Once a coffee seller and a petty thief, Ali al-Shulli is now a militia commander who has been accused of forcing girls into prostitution and committing massacres. 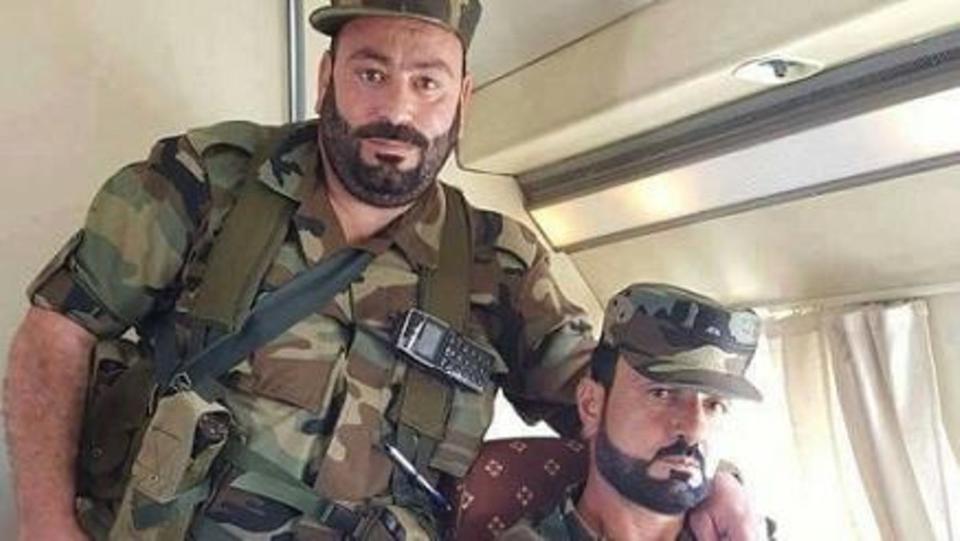 From being a coffee seller before 2011, Ali al-Shulli rose quickly in his journey to become a fearful militia commander, benefiting from the regime’s need for people like him to defeat the Syrian uprising. Al-Shulli’s name is linked to the worst kind of crimes throughout the past eight years.

Before the uprising, Ali al-Shulli was a young man known for late-night fighting outside cabarets and nightclubs near his hometown of Ayn al-Krum in the Ghab plain. He sometimes sold coffee on his bicycle, worked as a smuggler and sometimes as a paid broker for petty thefts.

At the outbreak of the uprising in March 2011, Ali al-Shulli joined the pro-regime militia known as the Popular Committees. He succeeded in bringing together many young unemployed men, drawing on the support provided to him by a family member, former member of the People’s Assembly Fuad al-Shulli, and his brother Colonel Wael al-Shulli, a security officer at the Hama airbase.

Al-Shulli’s group operated in his area, the Ghab plain, where he attacked villages that supported the uprising and contributed to many operations by regime forces. He carried out kidnappings, arrests and trafficking of prisoners in exchange for large sums. He imposed protection fees on car sales and store owners, and engaged in the trade of stolen cars, a business that flourished at the beginning of the Syrian conflict. Al-Shulli later expanded his business to kidnapping girls and forcing them into prostitution in facilities that he owned and ran.

By 2012, al-Shulli became to be known as Sakr al-Jabal (the Mountain Falcon). He got this title after his forces committed two massacres in the village of al-Sharea in the Hama western countryside in July and August 2012.

His criminal record attracted the attention of Colonel Suhail al-Hassan, commander of the Tiger Forces, which are affiliated with Air Force Intelligence (AFI). Ali al-Shulli took advantage of his relationship with al-Hassan and the AFI to get arms and to expand his business of kidnapping, extortion and stealing cars loaded with commercial goods and fuel tanks.

Gradually, al-Shulli, together with the infamous Shabihah commander Talal al-Dakkak, controlled all the gas stations in the western suburbs of Hama and extended his sphere of influence to the Hama-Aleppo road, where he imposed royalties on cars passing through the area.

He also established trade relations with the Islamic State organization (ISIS), including selling weapons and ammunition to the organization in return for fuel, in addition to the trade of grain and vegetables. Later, his relationship with ISIS included smuggling people.

On one occasion, officers from the State Security Directorate, one of the government’s security agencies, spotted large quantities of weapons under stacks of wheat in trucks driven by members of al-Shulli’s group, as they tried to smuggle them into the areas of control of ISIS. As a result, clashes broke out between the two sides. Al-Shulli himself was arrested for a few days by the State Security before Suheil al-Hassan intervened to get him released.

At the end of 2016, al-Shulli took part in the storming of eastern Aleppo. His wealth increased as a result of theft and looting, prompting the pro-regime Phoenix website to announce that al-Shulli had become a billionaire. His position got so strong that no security agency could interfere in his business or that of members of his militia, whose number rose to about 2,000.

People in Aleppo, including loyalists, called upon President Bashar al-Assad and Suhail al-Hassan to hold al-Shulli accountable for the crimes he committed or at least stop him from further actions, but in vain.

Ali al-Shulli later moved to Damascus to participate in the military operations that took place in Harasta and eastern Ghouta, which led to the death, injury and displacement of many people. Al-Shulli and his militias are blamed for committing countless crimes and violations in eastern Ghouta.

Fed up with his endless crimes, the Russian forces reportedly ordered him to disband his militia and submit his heavy weapons. There were even reports that he was arrested, although no independent source could confirm that.