The Damascus Declaration (DD) is an umbrella opposition coalition named after a statement drafted in 2005 by numerous opposition groups and individuals demanding a multiparty democracy in Syria. It calls for a gradual and peaceful transition to democracy and the equality of all citizens in a secular and sovereign Syria. 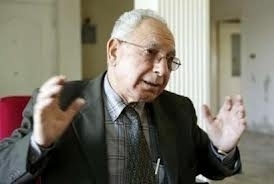 The Damascus Declaration (DD) is an umbrella opposition coalition named after a statement drafted in 2005 by numerous opposition groups and individuals demanding a multiparty democracy in Syria. It calls for a gradual and peaceful transition to democracy and the equality of all citizens in a secular and sovereign Syria.

The DD, signed on October 16, 2005, was an attempt to unite the fractured Syrian opposition. The initiative was spurred on by popular discontent over Syria’s involvement in Lebanon and its conflict with the United States over Iraq and Palestine.

Currently, DD calls for overthrowing the regime and forming a “national, democratic government.” It also supports all the revolutionary activities, including the Syrian Freem Army and the other armed groups.

The declaration’s membership has changed over time as the coalition has faced leadership contests and crises of unity throughout its existence, particularly in the 2007–2009 period. The coalition, in its current configuration, was a founding member of the Syrian National Council (SNC), although several of the DD’s members are part of the National Coordination Body and others maintain independent positions.

In 2004, President Bashar al Assad made a fatal mistake, when he decided to extend the presidency of his neighbor, Emile Lahoud, for another three years. Former Lebanese MP Rafik al Hariri expressed his opposition. Although he agreed later, many believed that Hariri’s approval was a tactic until the 2005 elections, when he was expected to sweep, together with his Christian allies, the vast majority in the elections. This would have spoiled the victory of the Lahoud extension. On February 14, 2005, a blast took Hariri’s life together with many of his colleagues, bodyguards, and passersby. No one can be sure who killed “Mr. Lebanon,” but it is now a fact that the murder that came on the heels of the extension of Lahoud’s mandate led to new conditions on the Lebanese scene that dealt a strong blow against the Syrian regime and President Assad. The assassination prompted mass demonstrations, the resignation of the Lebanese government, and accusations against Syria from the Lebanese opposition, and it accelerated the withdrawal of Syrian troops and intelligence agents.  A UN investigation led by FitzGerald said that the government of Syria "bears primary responsibility for the political tension that preceded the assassination." Later the famous German judge, Detlev Mehlis, issued his well-known report accusing Syrian officials of involvement in the assassination. The United States recalled its ambassador from Syria and activated the Syria Accountability Act.

The Syrian opposition, which was monitoring the international and regional developments more closely than the regime, realized that it was good time to establish a new political umbrella that unified opposition efforts for democratic reforms. On October 16, 2005, a document that carried the title Damascus Declaration was signed as an attempt to unite the fractured Syrian opposition. The document was signed by a number of political parties and individuals, including the National Democratic Rally and the Muslim Brotherhood, Kurdish and Assyrian parties, and prominent dissidents from the Damascus Spring movement such as Michel Kilo and Riad Seif. The Muslim Brothers issued a statement on the following day announcing that they had joined the Declaration. However, it is widely believed now that the Muslim Brothers had played a major role in drafting the original document. Two American scholars wrote in 2007 that the leading Syrian civil society activist Michel Kilo met with Syrian Muslim Brotherhood Chief Ali Sadruddin al-Bayanouni in Morocco and Europe. The two agreed on the content of the Damascus Declaration document[1].

Signatories to the Declaration

Committees for the Revival of Civil Society

The following day, the Muslim Brotherhood announced that it had joined the Damascus Declaration, and within a month other smaller groups such as the Communist Action Party joined the DD as well. However, less than a year after, the MB joined another coalition led by former Vice-president Khaddam – the Syrian Salvation Front.

The Declaration called for establishment of a democratic national regime is the basic approach to the plan for change and political reform. It must be peaceful, gradual, founded on accord, and based on dialogue and recognition of the other. It also called for shunning totalitarian thought. It considered Islam as the most prominent cultural component in the life of the nation and the people, where the Arab civilization has been formed within the framework of its ideas, values, and ethics and in interaction with the other national historic cultures in our society, through moderation, tolerance, and mutual interaction, free of fanaticism, violence, and exclusion, while having great concern for the respect of the beliefs, culture, and special characteristics of others, whatever their religious, confessional, and intellectual affiliations, and openness to new and contemporary cultures.

The Declaration confirmed that adoption of democracy as a modern system that has universal values and bases, based on the principles of liberty, sovereignty of the people, a State of institutions, and the transfer of power through free and periodic elections that enable the people to hold those in power accountable and change them, and a state whose political system is based on a new social contract. It called for a state that guarantees the freedom of individuals, groups, and national minorities to express themselves, and safeguard their role and cultural and linguistic rights.

It called for finding a just democratic solution to the Kurdish issue in Syria, and guarantees the right of political work to all components of the Syrian people in their various religious, national, and social affiliations.

In the end it pledged “to work to end the stage of despotism. We declare our readiness to offer the necessary sacrifices for that purpose, and to do all what is necessary to enable the process of democratic change to take off, and to build a modern Syria, a free homeland for all of its citizens, safeguard the freedom of its people, and protect national independence.”

Towards the end of 2007, DD called for a national council (congress) for the alliance. The congress was held on December 1, 2007 to elect a new leadership. Between 2005 and 2007, a conflict between two trends in the DD was growing. The first trend was led by liberal politicians and civil society leaders such as former MP Riad Seif and the long-experienced political maven riad al Turk. The second trend was led by the nationalist-leftist groups such as the Arab Socilaist Union Party led by Hasan Abdul Azim.

The National Council was a victory to the liberal current which got the majority of the seats in the DD Secretariat. Hasan Abdul Azim himself was not elected member. This led to the withdrawal of Abdul Azim and his group from the coalition.

The Kurdish and Assyrian parties had been marginalized during the leadership battles of 2007–2009 and have asserted themselves more independently since the beginning of the uprising. The majority of the Kurdish parties have left the DD in order to work with the Kurdish National Council, and the Assyrian Democratic Organization has its own quota of seats in the Syrian National Council.

Within a matter of days, the Syrian security intelligence began a campaign of arrests targeting tens of people. Twelve of them were sentenced to 30 months, including the National Council President Fidaa’ Akram al-Horani and former MP Riyadh Saif and other major activists, such as Ahmed To’ma, Akram al-Bunni, Ali al-Abdullah, Yaser Al-Iti (Damascus, Jabr Al-Shufi, and Fayez Sarah.

Samir Nashar: member of the Executive Committee of the Syrian National Council, president of the Secretariat General of the DD, and president of the National Liberal Alliance, a small and marginal liberal party

Abdulrazak Eid: head of the National Council of the DD in exile and active in the establishment of the Antalya and Istanbul meetings prior to the formation of the Syrian National Council.

Now DD now is an active actor in the Syrian revolution. It is a member of the Syrian National Council, and has complex relations with the activists on the ground among the peaceful resistance activists and the armed groups. Currently, DD called for the unity of all “the rebels to cooperate and unite, especially the armed brigades in all its factions: the Syrian Free Army, the revolutionary military councils, and the armed civilians groups, in order unite their efforts and complement each other, so as to become a major power that is able to impose its options.” It also called on the Syrian National Council to “coordinate with the revolutionary actors in their daily struggles and provide them with their needs, be it money, weapons or food.”[2]