Her accounts have been one of the key sources of the events taking place in Syria for the outside world. Under the threat of being arrested and killed she now lives in hiding 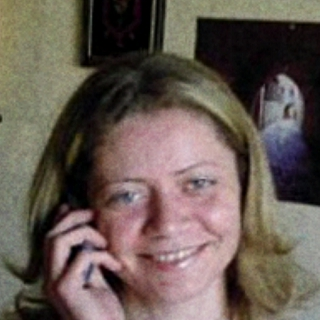 Razan Zaitouneh is a Syrian writer and human rights lawyer who has dedicated her entire life to defending human rights and representing prisoners of conscience. She co-founded the widely respected revolutionary umbrella the Local Coordination Committees (LCC), and won several prominent awards. She currently lives in the Damascus countryside, helping people of the Eastern Ghouta to survive and resist the continuous shelling from President Assad’s forces on the towns and villages there.

Razan Zaitouneh was born in 1977, graduated from law school in 1999, and began her career as a lawyer specializing in the defense of political prisoners. In the 2000s, Zaitouneh joined the first human rights group to be established after Bashar al-Assad assumed power in July 2000, the Human Rights Association in Syria (HRAS,) headed then by the renowned lawyer Haitham al-Maleh. She played a key role in the group, and was the Association dynamo, as the youngest of the members.

In 2003, Zaitouneh quit the HRAS because she felt the group was not active enough, and worked as an independent lawyer, participating with a team of lawyers defending political prisoners. They worked collectively to defend victims of the regime’s human rights abuses and Zaitouneh became an activist herself. The team included the highly esteemed lawyer Khalil Maatouk, Michel Shammas, Daad Moussa, Serin Khouri, and others.

In 2004, she established the first information bank for human rights in Syria: the Syrian Human Rights Information Link (SHRIL), which she ran, edited, and updated almost solely and without any support. When human rights defenders Muhannad al-Hassani and Haitham al-Maleh were arrested, she represented them and worked with local and international human rights groups to support them.

Contrary to many human rights defenders, and although she is a secular person, Zaitouneh did not differentiate among prisoners based on their ideological backgrounds, which made her widely respected among the Islamist detainees and their families.

When the uprisings began in March 2011, a strict ban was imposed on international journalists and human rights activists. The outside world had very little access to information regarding the protests and oppression by President Bashar al-Assad’s regime. Zaitouneh, who lived in Damascus, began to report on the atrocities committed by the security forces on her website, including the kidnapping, arrest, torture, and killing of peaceful protestors. At great risk to her own safety, she has been giving interviews and writing articles to inform the outside world about Syria’s revolution. She is one of the few sources for the international media that wants to document the brutality of Assad’s regime.

When the uprising broke out, the Syrian opposition was loitering in the backyard of the political scene. The demonstrations started out peacefully, as one decent researcher puts it. All the social, cultural, and political parties took part. The slogans were general, calling for freedom and national reform. But the demonstrators felt that their battle was not only on the ground, but also in the media. The government also knew that, so it expelled all foreign media from the country. The state media portrayed the demonstrators as sectarian thugs who wanted to create chaos and establish an Islamic state. It is from the very need of the demonstrators to reach out to the media that a new phenomenon arose on the ground: the tanseeqiat, a word that would, henceforth, refer to groups of young activists who participate in the demonstrations, document them via cell-phone, and reach out to the media. These small groups of activists that were spread across the country needed to coordinate their efforts, exchange information, and find the best ways to reach out to the media. It was then that the tanseeqiat joined their efforts with a broader group and called themselves the Local Coordination Committees (LCC), which would become a major player on the ground, contributing to organizing demonstrations, coordinating the efforts of the activists, exchanging information through a newsroom that they set up on Skype, and then reaching out to the media with news, videos, and eye witnesses to narrate the events on the ground.

Zaitouneh played an essential role in establishing the LCCs, working hard on getting people together, overcoming minor conflicts among activists, and trying to push aside the ideological differences.

Zaitouneh’s activism has drawn the attention of the government and she was officially denounced as a “media spokesman for the terrorist campaign against Syria.” In fear of being arrested, tortured, or killed, she went into hiding a few months ago, moving from place to place, avoiding the use of mobile phones, and taking very strict security precautions. Nevertheless, she knows that she is a target and could be eventually found.

Zaitouneh is fundamentally known for promoting the concept of peaceful resistance. Although she supports the Syrian opposition struggle against the regime, she still believes non-violence is the best way to achieve Syria’s freedom.

"I still insist that maintaining a peaceful uprising is the best guarantee for its victory," Zaitouneh told Reuters in 2011.

"From the first moment of the revolution, the regime has been pushing towards turning people to violence and turning the revolution into a sectarian issue. It knows that it could kill the uprising this way," Zaitouneh said.

Asked how a revolt could remain peaceful, Zaitouneh said that the opposition, which formed a National Council, needed to show leadership, and that more practical support was needed from overseas.

"The opposition has to come out with a unified statement on what sort of international role is needed. Syria is a member of the United Nations and it is the duty of the international community to protect the Syrian population from the crimes of the regime," she said.

Zaitouneh has been awarded several international awards, including the Sakharov prize, the Anna Politkovskaya Award, and the International Women of Courage Award.

With the Syrian revolution’s shift to violence, the role of peaceful activists and women in particular has diminished. Zaitouneh lives now in hiding under permanent fear of arrest and death for producing articles for international papers and giving interviews to media all around the world. Her sole purpose is to let the outside world know the reality of the regime’s brutalities and the fighting and terrible suffering of the Syrian people, who long for freedom and democracy.

While many of her fellow activists and friends are being arrested and killed, Zaitouneh knows she will not be safe anywhere as long as the regime stays in power.

The majority of the Syrian activists have left the country to neighboring countries or to Europe and the United States. Instead, Razan Zaitouneh, along with several other Syrian activists, decided to remain in Syria and resist until the very end. They and most Syrians with them hope that their resistance will produce a democratic state where people live in dignity and safety.

She is still optimistic and cheerful as she could. In her latest comments on Facebook, she writes, “One does not realize how old she gets until she deals with young men and women and make them hate their lives with his strict rules. May God protect them with all their mistakes and defiance in their eyes.”

She also writes, “I sent to Mr. Morphine that I have Grippe, but he came bringing medicine for Scabies (Grippe and Scabies have similar transliteration in Arabic.) What can I do?”