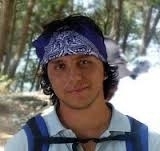 Bassel Shehadeh was a movie director assassinated by forces loyal to President Bashar al-Assad. He was killed while filming a documentary about the Houleh massacre, the first of a series of massacres the regime committed against the Syrian people. Shehadeh had recently returned from the United States, where he had been on a scholarship for work documenting the Syrian regime’s war against its people. After his death, the regime prevented his family (Christians from Damascus) from holding a funeral mass and accepting condolences.

Shehadeh, a Syrian filmmaker and computer engineer, later became a prominent activist during the Syrian uprising. Born in Damascus in 1984 to a Christian family of intellectuals, Shehadeh’s father was a university professor and his mother was an engineer.

Shehadeh majored in Information Technology at Damascus University, and graduated in 2001. Interested in documentaries, he filmed his first in 2006, “Saturday Morning Gift,” in which he documented testimonies of Lebanese children during the 2006 war between Hezbollah and Israel.

In 2011, Shehadeh was awarded a scholarship to study documentary filmmaking in the United States. Before he left Damascus for the US, he participated in a demonstration organized by Syrian intellectuals in the heart of Damascus. He was arrested during the protest and released after two days.

In the US, at Syracuse University, Shehadeh made a documentary titled, “Singing for Freedom,” based on interviews he held with American scholars and intellectuals.

Shehadeh participated in the early peaceful demonstrations in Damascus in support of Arab revolutions in Egypt and Tunisia. He was arrested during a protest in the al-Midan neighborhood.

Towards the end of 2011, Shehadeh decided that he couldn't cope with the guilt of knowing that nearly everyone he knew was in Syria, fighting and sometimes dying for what they believed would be a better country. Shehadeh quit the program at Syracuse University and made his way back home, according to activists and his circle of friends.

NPR correspondent, Rima Marrouch, met him around that time. He told her, “I couldn't be away when the revolution was happening. I needed to come back. You can always study later."

Back in Syria, Shehadeh trained other activists and citizen journalists how to shoot and edit their video footage.

He eventually ended up in the city of Homs, a site of some of Syria's most brutal violence.

Shehadeh and four other activists were out filming when government troops began shelling an area where rebels had taken refuge inside people's homes.

That night, the bodies were washed and shrouded in white sheets and a small group of people marched carrying them through the alleyways of Homs. "Heaven open your gates," they chanted. "Your visitors are coming soon." Tiny flashlights illuminated Shehadeh's face.

Perhaps one of the most moving things Shehadeh ever made was a short poetic film called “Saturday Morning Gift.” It is based on his interviews with a boy who survived the war between Israel and the Lebanese group Hezbollah in 2006.

In it, we see a boy lying in a bed on a sunny morning, half-asleep and half-awake. He remembers how one of his favorite things was to be woken up by his mom, as she tickled his toes, started the coffee, and played Arabic music.

“I hate airplanes,” the boy says, heading back to asleep again. He then has a nightmare about the explosion, and we're to assume that his family has been killed. The screen goes dark, and a silhouette of a dreaming boy walks down the hallway to meet his fate.

You can watch the documentary, “Saturday Morning Gift” here.