Now a member of the National Coalition, Kilo tries to make a difference and limit the Islamists' influence 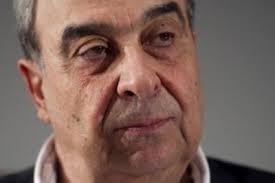 Kilo’s life story crystallizes the political, social, and cultural trajectory of the Syrian opposition as a whole. His path repeatedly intersects with the currents of Syrian society since the Baath party took power in 1963. Like the rest of the country, he has been Marxist and pan-Arabist, reformist and traditionalist, moderate and extremist, pragmatist and idealist.

Michel Kilo is a veteran dissident who has opposed the regime of Hafez and Bashar al-Assad and has been arrested several times over the past decades. A former Marxist and a close ally to Riad al-Turk, the founder of the Syrian communist Party –Political Bureau, Kilo has been a key element in forming almost all the political groups in Syria since 1979. He played a key role in forming the Damascus Declaration (DD,) the National Coordination Commission (NCC), and the Democratic Forum.  In May 2013, Kilo and representatives of the liberal current known as “The Democratic forum” joined the National Coalition, the major Syrian opposition group in exile, in hope to make a difference inside the coalition and limit the influence of the Islamists there. The deal followed seven days of marathon talks and required the intervention of Turkey as well as Western and Arab nations. Now Kilo has become a major player within the National coalition, but it seems that he has lost some of his credit among his liberal fellows.

Mr. Kilo was born in 1940 to a Christian family in the Syrian Mediterranean coastal city. He studied journalism in Egypt and Germany. When he is not in prison, he is a regular columnist in as-Safir, al-Quds al-Arabi, Asharq al-Awsat and al-hayat. He has translated many political and economic books from German to Arabic. When Riad al-Turk led the biggest split in the Syrian Communist Party, Kilo joined him, and played the role of the Party theorist. In that capacity, Kilo played a big role in turning the Party slowly from the extreme Marxist-Leninist doctrine to a rather more democratic one.

Kilo was first arrested by the government in the early 1980s for his affiliation with the Party. The arrest took place in the midst of a bloody struggle between the regime and the Muslim Brotherhood in the late 1970s and early 1980s. At that time, the security services went so far as to claim he was a member of the Muslim Brotherhood! But Kilo’s chief ‘crime’ was his famous rallying cry, “the nation is in danger!” He held that the original and primary danger to the nation came from the regime itself, for it had engaged in violence against its people. Needless to say, the regime expected him to support them in their assault on the Brotherhood. He did not, as his inclination has become more obvious towards democracy.

Shortly after the death of former dictator Hafez al-Assad in 2000, 99 intellectuals and activists signed a petition that became in the Syrian modern history known as the Statement of the 99.  Michel Kilo was one of the four members who were behind this petition. No sooner than the Statement of the 99 was published than political forums mushroomed in the country, in what is known as Damascus Spring. Kilo was part of this phenomenon.

In the same year, Kilo, together with other activists such as Fayez sara and Aram al-Bunni, worked on forming a civil society group that was known as the Committees to Revive the Civil Society in Syria.

After Rafik al-Hariri's murder he led the effort to get the "Damascus Declaration" written and approved by the many factions of the opposition. It was the instrument that brought together the Muslim Brotherhood and secular groups for the first time. He traveled to Morocco, according to Joshua Landis’ Syria Comment, to meet the leader of the Muslim Brotherhood, Bayanuni and get his approval for the text of the agreement. He shopped it around to the many opposition groups, many of whom reworked sections of it. In the end, although many Syrian leaders had shaped the document and played important roles in making sure it was agreed upon, Michel Kilo was the master of ceremonies. It was his vision, patience, and skill in accommodating all that brought it together.

In 2006, he played an essential role in putting together the Beirut-Damascus Declaration, a document that called for better relations between Syria and Lebanon. This statement, signed by Syrian and Lebanese activists and intellectuals, urged the Syrian regime to fully recognize Lebanon’s independence and sovereignty. In fact, this was not the only reason for Kilo’s arrest, although perhaps it was the proverbial last straw.

It was following the appearance of this document that Kilo and 9 other signatories were arrested. Eight of the original 10 of those arrested have been freed, but Kilo and Anwar al-Bunni, Syria's leading human rights activist, remain imprisoned.

When the Syrian revolution broke out in Syria, Kilo played a key role in it, and worked hard to find a political frame that would express the uprising politically. He participated in the first ever opposition conference to be held inside Syria: The Samir Amis Conference, in June 2011. In the same month, he participated in forming the Nationall Coordination commission, only to quit in a few weeks and leave the country to Paris,, where he worked on forming the Democratic Forum.

He did not join the Syrian National Council or the National coalition in the beginning. However, when negotiations started to expand the coalition in an effort to decrease the influence of the Islamists in the alliance, a deal was reached to present a more representative image to the world before a proposed peace conference. Delegates at talks in Istanbul agreed to admit a liberal bloc led by veteran dissident Michel Kilo into the Syrian National Coalition. The deal followed seven days of marathon talks and required the intervention of Turkey as well as Western and Arab nations. The move took place allay widespread fears that the uprising is being hijacked by hard-line Islamists, but also tomeet some Western requirements.

Kilo has recently taken strong public stances against armed revolt and sectarianism, ideas which have received some support in certain circles. He writes that armed revolt “will lead to a battle that will be won by the side with more weapons, the side that is willing to use the most force. If weapons are used, then the struggle for rights will turn into bloody barbarism with no aim beyond killing the other.”

Kilo is still staunchly opposed to any sectarian tendencies within the country: “should it win out, God forbid, popular mobilization will change fundamentally, resulting in a transformation of its aims and its support base, and it will play a big role in the nation’s deterioration.” According to Kilo, the Syrian struggle is not currently nor should it ever become religious or sectarian. “Syria wants freedom, and whoever diverts her from that shared goal betrays her, squandering her sacrifices and her opportunities, no matter what the rationale.”

Consistent with his long-standing concerns about sectarianism in Syria, Kilo debunked the regime’s claim to secularism and simultaneously criticized some Christians in Syria and abroad for distancing themselves from fellow Syrians of other sects. Kilo argued that Christians have not suffered from discrimination during modern Syrian history, despite numerous coups, convulsions, and moments of civil strife. What happened to the Syrian people happened to the Syrian Christians as well.

In another article, Kilo argued that Christians in the Middle East mistakenly separate themselves from the region’s “historic community.” The article called for a “return of Christianity to its rightful position within our society.” Without this, he writes, Christianity will have no future in the region, for the fate of Christians will be like the fate of the regime they support: hanging in the balance – especially if the extremist branches of political Islam do in fact win out. Predictably, the article provoked a cascade of criticism.

Kilo’s third position surfaced in his response to statements made by the Lebanese Maronite Patriarch Bishara al-Rai in Paris. Kilo wrote that the Patriarch put the issue “in the wrong context” and described his stance as “irrational” and “unacceptable.” Kilo stressed that al-Rai, as leader of a minority group within the Levantine Christian community, could not speak for all Christians. “Rai speaks only in the name of his own church, and he does not compel anyone to follow his opinions.” Kilo affirms that Christians are an essential part of Syrian society and therefore must seek a solution to the chronic problems shared by the entire society.