Maher Hajjar is running in the Syrian presidential elections against Bashar al-Assad, but many consider this move as a farce 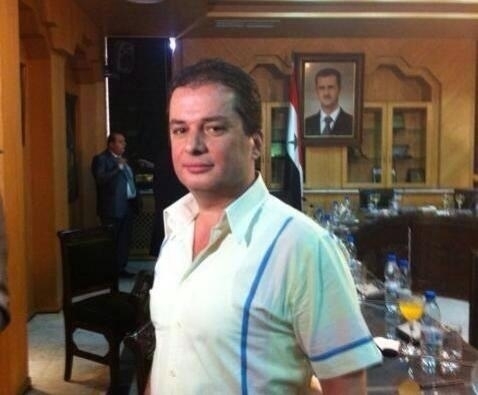 Maher Hajjar has been a Syrian Member of Parliament since 2012 after joining the Syrian Communist Party in 1984. In 2003, he took up a position with the National Committee of the Syrian Communist Party in Aleppo which was led by Qadri Jamil. In 2007, Hajjar ran in the parliament elections for Aleppo but failed to win. Five years later, He ran again on the list of the Popular Front for Change and Liberation, which led him to the parliament.

Maher Abdul-Hafiz Hajjar was born in Aleppo in 1968. He comes from a family well-known in religious teaching.

Hajjar obtained a diploma in Linguistic Studies from Aleppo University and joined the Syrian Communist Party in 1984. He seceded from the party in 2000 and formed a temporary leadership for Aleppo’s communists.

In 2003, he joined the National Committee for the Unity of Syrian Communists led by the controversial communist leader Qadri Jamil, who supported Bashar Assad for the past three years. When the group changed its name to the “Popular Will Party” he became the Secretary of the Party’s Council.

He ran and failed in the 2007 People’s Assembly elections and officially challenged the results.

After the beginning of the uprising, he ran again for the parliamentary elections in 2012 for Aleppo city within the list of the Popular Front for Change and Liberation and won, with the second largest number of votes for independent candidates.

It was obvious that Hajjar was fulfilling the role of his former mentor Qadri Jamil, and his candidacy is simply an alternative scheme when it became unfeasible to nominate Jamil himself, especially after Jamil preferred to stay in Russia following a disagreement with his allies in the Syrian regime.

Experts believe to that the declaration of Popular Will Party, headed by Jamil, and which claimed that "Hajjar is not any more a member at the party and any activity undertaken by Hajjar will be undertaken as a personal act" came in this context as well.

Ali Haidar, the minister of national reconciliation in the Assad government and Jamil's partner in the "Popular Front for Liberation and Change" refused to support Hajjar for the presidency and declared his clear and early support for Assad. Haidar announced that the wing of the Syrian Social Nationalist Party that he heads is no longer a partner with the Popular Front, which is a first step in the break-up of this coalition. The Front was established in July 2011 under a shaky alliance between these two parties andhas a parliamentary bloc of five deputies, Hajjar being one of them.

Hajjar wasn't a public figure and very few people knew him before his candidacy to the Presidential elections was announced, making it appear to be unlikely, even to himself. He has no followers, no party, no qualifications and he realizes that he is gambling his political future by exposing himself to the harsh criticism from the real opposition, which considers his act as a contribution to the regime's attempt to hold fake presidential elections.

Hajjar's candidacy provoked a storm of derision among the Syrian opposition, especially on the personal pages of social media, which is full of hundreds of ironic comments suggesting his candidacy is a play organized by the regime to legitimize these elections, which take place over the bodies of the Syrians. One satirical comment suggested that the slogans of Hajjar's election campaign will be "Assad or nobody". Another says: "Maher Hajjar is a pitiable employee and if he dared to reject this task he would face a terrible fate and the regime would find someone else to achieve this task."