Nyrabia is a moderate leftist with clear liberal leanings, described as a figure of compromise 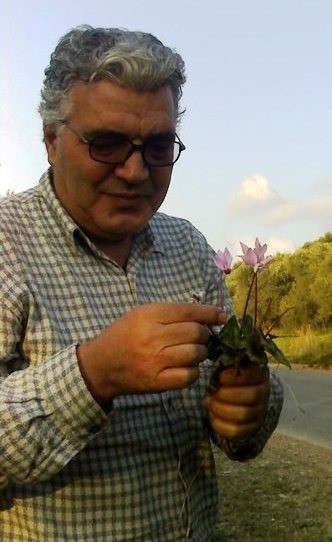 Mouaffaq Nyrabia was a member of the “political bureau" of the Communist Party, headed by Riad al-Turk during the seventies. He was arrested in September 1980, during the secular movement of that time, and remained in prison until November 1985. Nyrabia played an important role in transforming the political bureau of the Communist Party into the Democratic People's Party in May 2005, before he eventually left the party.

Nyrabia was born in 1949, to a Hamwi family living in Homs. He is married with two children: Orwa, a film producer, and a daughter, Layla. Nyrabia studied mechanical engineering at the University of Damascus. He worked in Damascus and Homs as a director of several major industrial projects, and wrote political columns for many Arabic newspapers. Nyrabia also played an important role in the formation of the Damascus Declaration of 2007 and was a member of the central campaign board. He has been a member of the executive bureau of the “Mawatana” [“Citizenship”] movement since the summer of 2012. In February 2013, Nyrabia fled Syria to Turkey, where he joined the Syrian National Coalition and was elected as a member of the political board of the Syrian National Council.

The Most Independent Candidate

After he left Syria, Nyrabia’s name rose to prominence when he was nominated as a candidate for the position of head of the interim government, which was [ultimately] assumed by Ahmad Tomeh. Subsequently, Nyrabia was appointed as a representative of the coalition in Berlin. Currently, he is a representative to the European Union in Brussels, as well to the Benelux states [Belgium, the Netherlands, and Luxembourg].

Nyrabia’s candidacy for the coalition presidency was supported by the democratic bloc who agreed to nominate him to run for the presidency of the National Coalition as a successor to Ahmad Jarba. There were several reasons [for this decision], most notably that he, as an independent national decision-maker, is not considered beholden to any regional state, despite the fact that he has very good political connections. Additionally, Nyrabia had previously advocated the importance of developing the coalition by restructuring the administration and through institutionalization, eschewing "identity politics" and developing mechanisms for good governance, and moving toward consensus in the work of the coalition—instead of continuous infighting and personality cults.

A Political Solution and Support for the Free Syrian Army

Nyrabia is a moderate leftist with clear liberal leanings, described as a figure of compromise. He believes in community citizenship and building a just civil society for all citizens. He also acknowledges the importance of maintaining good relations with the Islamists and with defectors from the regime, as well as building a network of international relationships. Nyrabia also believes that the non-radical FSA factions are an essential part of the structure of a political resolution, given the impossibility of a military solution to the Syrian dilemma. However, a political outcome does not mean abandoning the FSA, but supporting it in order to make it the guarantor of the nation and citizens in the future, and to be ready to ensure political stability in the country, which has seen a breakdown of public order. A local and international political agreement is the only road to a brighter future for Syria.

Nyrabia faces a strong candidate for the presidency of the Syrian National Coalition: the dissident Prime Minister Riad Hijab, who has won the trust of a large block of the Coalition members to run for this position. What distinguishes Nyrabia is the fact that he is a core member of the political movement that has faced countless forms of persecution for long years, well before the outbreak of the Syrian revolution in 2011.