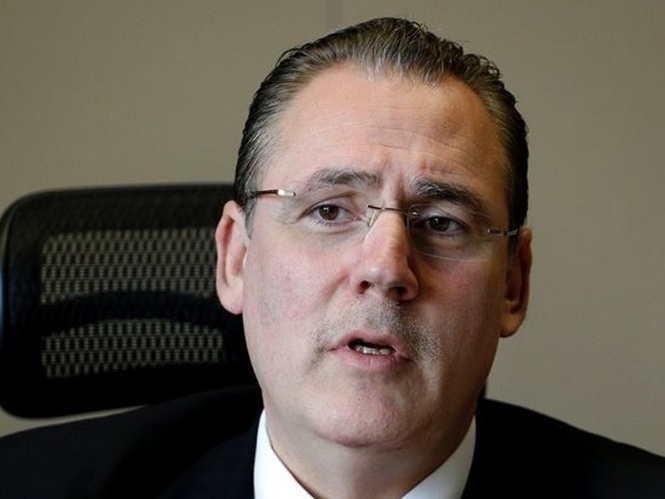 A controversial Syrian politician and economist who began his career in the media, al-Dardari is today a prominent staff of the the Economic and Social Commission for Western Asia (ESCWA), a UN-affiliated organization.

Many blame Dardari for the deteriorating economic conditions faced by Syrians after the adoption of social market economic policies starting in 2005, while others supported him in implementing this policy, believing he was not given adequate support to complete the project.

Dardari boasts a wide collection of published studies, lectures and research in Arabic, Syrian and global publications on development, investment, trade and the environment.

The son of Major General Abdul Razzaq Dardari, commander of the Operations Division in the war of 1973, and friend of Basil al-Assad (elder brother of President Bashar al-Assad) as a student, Dardari was born in Damascus in 1962. He worked between 1986-1988 as an economic researcher at the Arab League office in London, later managing Al-Hayat newspaper office in Damascus. He became editor of International Affairs at the newspaper between 1989-1993, later working as the national manager of the United Nations Development Program in Syria, UNDP.

Following this period, Dardari worked as the chairman of the State Planning Commission until December 2003, when he was appointed Deputy Prime Minister for Economic Affairs until the outbreak of the revolution in 2011. Dardari decided then to leave Syria and work as the Director of the Economic Development and Globalization Department in ESCWA.

The man who passed the Party, the security devices and the sectarianism

Dardari, like his father, succeeded in keeping his dealings with the Baath Party at arms length and overcame the challenging Syrian bureaucracy. However, opinions on him remain divided, both within the security services and the media. When the airing of a story by regime-affiliated Addonia channel claimed Dardari had joined the opposition, official Syrian newspapers defended him.

While many accuse him of being too-closely aligned with America and Turkey, he continues to retain strong ties with the Arab Gulf States. Dardari has visited Damascus several times since 2011, meeting his family in al-Maliki, Damascus’ most upscale residential area and although several media sites published his meetings with members of the Syrian opposition, he has not been exposed to harassment from Syria’s security services.

Opposition forces do not consider Dardari a man of the regime. He has repeatedly hinted at attempts on behalf of the opposition to recruit him. But while Syrian security services continue to remain suspicious, they do not list him as a member of the opposition.

Dardari hides behind his position at ESCWA to maintain a presence in political affairs under the pretext of managing a programme on economics.

He has held a number of conferences on the reconstruction of Syria, being accused of promoting American intervention inside Syria under the pretext of reconstruction. Dardari rejected the accusations, declaring the Syrian people are the only ones who decide how to reconstruct Syria.

In recent meetings, Dardari gave priority to specific options regarding the reconstruction of Syria – loaning from the International institutions and accepting grants – raising accusations he aims to reproduce the Lebanese model of reconstruction, a model that destroyed the Lebanese economy.

Dardari cleverly maintains his distance from political classification. He is currently calling for political reform, a transition towards democracy, and the rights of citizens in political participation and decision-making.