Liberal, secular and a woman, Kodmani has played a leading role in setting up the Syrian opposition, providing a counterweight to the Islamists 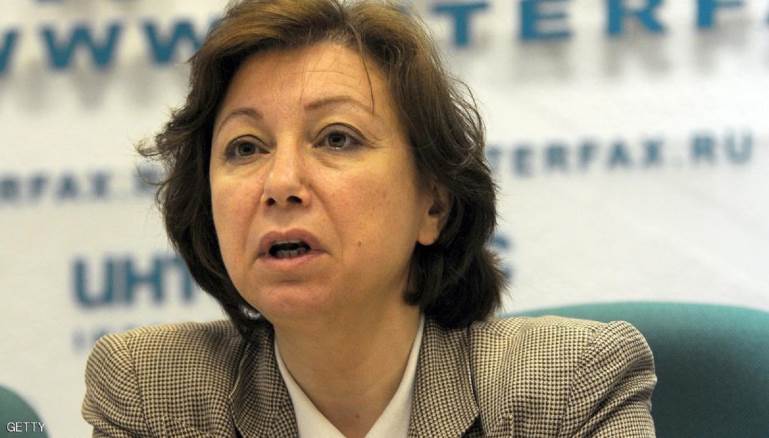 As a politician, intellectual, academic, and as a woman, Bassma Kodmani has left her fingerprint on all major events in Syria in the past years. A longtime political scholar and academic based in Paris, after the Syrian revolution broke out in 2011 she co-founded, participated in, but also often deserted, the main Syrian opposition groups formed after then: the Syrian National Council, the Syrian National Coalition and the High Negotiations Commission.

Bassma Kodmani was born in Damascus in 1958 to a well-established Damascene family. Her father was a diplomat who after the humiliating defeat of the Six-Day War in 1967 was jailed for six months for expressing his political views opposing the Baath Party. Afterwards, he left the country with his family, including his child Bassma, to Lebanon and then the U.K.

Bassma Kodmani later traveled to France for her higher education and graduated from the prestigious Sciences-Po school in Paris, with a PhD in political science.

From 1981 to 1998, she established and directed the Middle East Program at the Institut Français des Relations Internationales (IFRI) in Paris, and from 1998 to 2005 she served as senior program officer for governance and international cooperation at the Cairo office of the Ford Foundation. She then worked in various French research institutions and think tanks, including the French National Research Council (2007-09), CERI-Sciences Po (2006-07), the Académie Diplomatique Internationale (2007-2009) and as a senior visiting fellow at the Collège de France (2005-06).

She also authored or edited seven books on Middle East conflicts and politics, and still publishes regularly in academic journals and Arab and international media.

In 2005, Kodmani co-founded the Arab Reform Initiative (ARI) institute in Paris and has been its executive Director and locomotive engine ever since. As a Director of ARI, she has led various programs to promote political reform and democratization in the Arab world and initiate a dialogue between policy institutes in the Arab world in order to "advance the understanding of decision-makers and opinion leaders on issues of reform in the Arab world."

Kodmani co-founded and played leading roles in the three major political opposition groups that emerged with the revolution: the Syrian National Council (SNC), the National Coalition (Etilaf), and the High Negotiations Commission (HNC).

After the Syrian revolution broke out in March 2011, Kodmani took a temporary leave from ARI to work as Head of Foreign Relations and spokesperson of the Syrian National Council, the main political grouping of the opposition.

At the SNC, with her academic background, charisma, and mastering of three languages, Kodmani shined. However, she was also a controversial figure and was opposed among others by the Muslim Brothers and other Islamist groups. Gradually, with the growing militarization and Islamization of the revolt, Kodmani, who was pushing for more civil disobedience acts, rather than militarization, was sidelined. She eventually resigned in August 2012 saying that the SNC had hurt its own cause by failing to overcome months of internal divisions.

Calling her departure “a personal decision,” she said, “The council did not win the needed credibility and did not preserve the confidence that was given to it by the people when it was formed, it has diverted from the path that we wanted for it when we formed it.”.

Around that time, Kodmani eloquently expressed her views about the Syrian situation. Speaking at an event in the International Institute for Peace (IPI), she offered insights into the situation in Syria and made the following points in outlining how Syrian and international actors could bring the country out of its ravaged condition:

1. The Free Syrian Army, made up of opposition groups from all segments of society, has mostly found support from Islamist sources. Groups that identify with liberal ideals have not found anyone to turn to for armaments and financing.

2. To address this imbalance and unite the opposition, representatives from all sectors of Syrian society need to form an umbrella political authority that is entrusted with responsibility for channeling financial support and armaments as well as providing services to the Syrian people.

3. By working with local groups already providing a range of social and security services on the ground and ensuring the full participation of members of all political affiliations, such an authority would have the legitimacy required to lead both before and after the fall of the regime, until a transitional phase begins. It is particularly important to include those who have defected from the regime and members of the Baath party.

4. International actors should announce their readiness to recognize such a political authority as soon as it is created, granting it legal recognition later. To ensure it can provide services and a centralized source of support—the main sources of its legitimacy—the international community must also ensure this umbrella body has the means to do so.

5. The international community needs to start preparing for the aftermath of the Syrian conflict. In this context, the UN–Arab League special envoy Lakhdar Brahimi can play a valuable role by exploring ways to reach an orderly transfer of power. And while an International Criminal Court indictment of Bashar al-Assad would not make the regime more or less likely to negotiate today, it will be needed for justice and reconciliation.

6. Any call for Kurdish separation from Syria could trigger a similar call from the Alawite community. An agreement that is Syrian, regional, and international in form should provide guarantees to the Kurdish community, with a view to opening the discussion again with an elected body at a later date.

In 2012, the National Coalition for Syrian Revolution and Opposition Forces was formed to replace the SNC as an umbrella for the opposition.

While the Etilaf initially had an important role as the voice of the Syrian political opposition, it was gradually weakened by the developments on the ground and the lack of effective political and financial support. Kodmani was a founding member of Etilaf, although she did not play a prominent role in it.

When the High Negotiations Commission (HNC) was formed in 2015, the Etilaf gave up a large part of its mandate, while Kodmani played an essential role in all the HNC’s major events/activities.

The HNC was founded in December 2015 at a conference held in Riyadh, Saudi Arabia, attended by around 100 delegates, to undertake the tasks of choosing a negotiating delegation and to act as a reference point for negotiators with the representatives of the Syrian regime.

Kodmani worked as a spokesperson and participated in preparing almost all the negotiation rounds in Geneva. She faced again opposition although it is believed that many were irritated by her political views (she was too liberal), her religious ones (for her secular views), or simply because she was a woman.

A group of men calling themselves “Syrian revolutionary figures” signed a petition demanding her dismissal from the HNC, because she “has an ideology that attacks Islam and the Koran in addition to rejecting the use of the word Arabic in the name of the Syrian Arabic Republic.” The statement coincided with the seventh round of the Geneva talks. Eventually the petition died away.

Bassma Kodmani is today the official spokesperson of the HNC.