Russian airstrikes were launched on the area around Idleb, killing and wounding civilians, according to North Press. 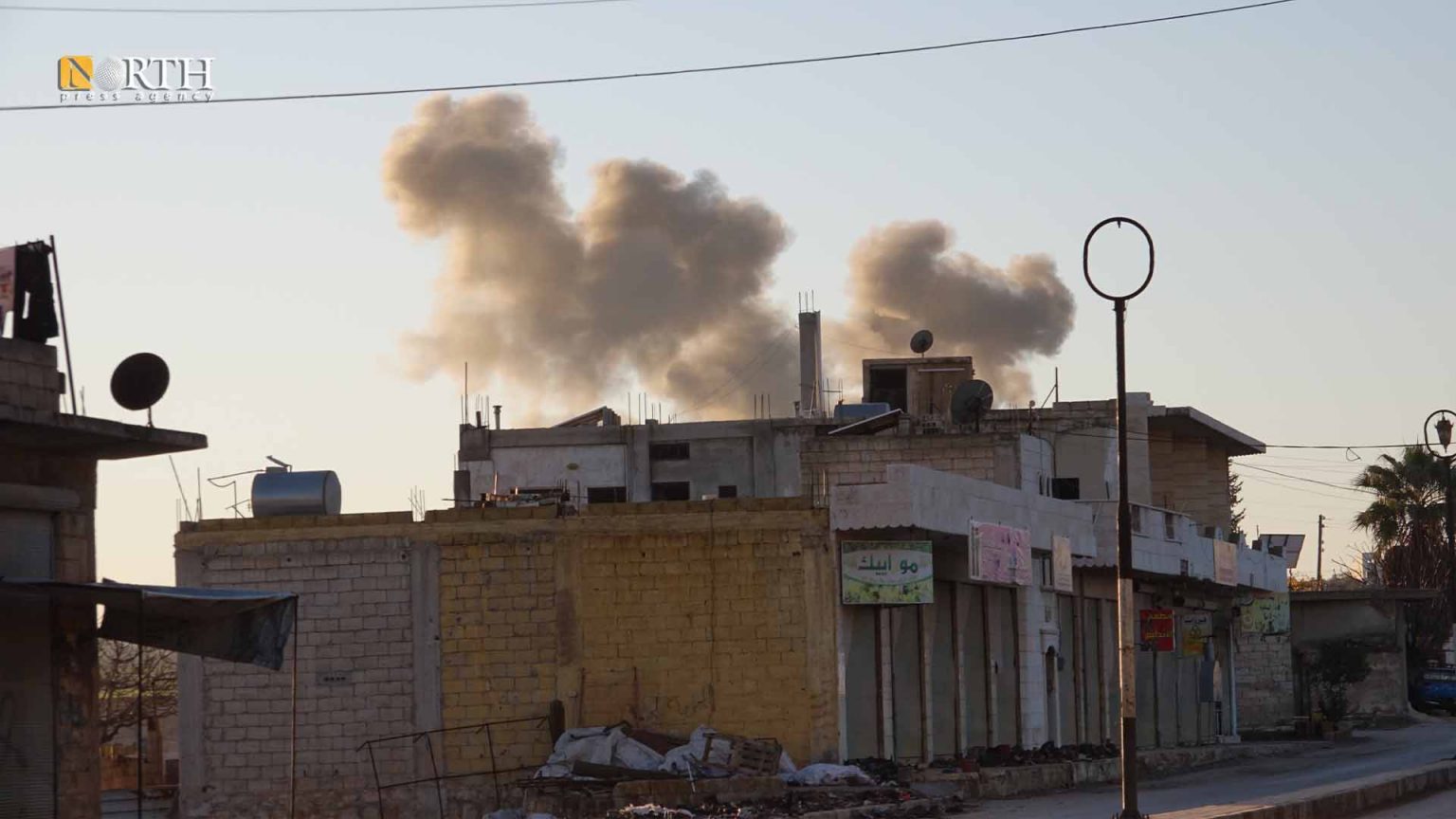 Russian Sukhoi Su-35 warplanes targeted armed factions’ fortifications in the vicinity of the Sheikh Bahr area, and the outskirts of the town of Mashon, located in the northern and the southern countryside of Idleb, with high-explosive vacuum missiles and eight air raids, military sources from the opposition told North Press.

The raids coincided with intense bombardment by government forces on the armed factions’ positions in the countryside of Idleb and Aleppo. The bombardment killed two people, one of whom was a child, and injured others, the sources added.

Government forces stationed in the city of Kafr Nubl bombed the armed factions’ sites in the towns of Ma’rzaf and al-Bara, located in the Zawiya Mountain area in the southern Idleb countryside with Russian Krasnopol shells, other military sources told North Press.

The Russian Airstrikes killed a person said to be a civilian in the town of Maarzaf, south of Idleb and caused injuries of varying levels of severity to three others. The injured were transferred to medical points for treatment.

In addition, a girl was killed and her sister was seriously wounded this morning as a result of artillery shelling carried out by the government forces from their positions in Base 46 on sites of armed factions in the town of Tadel, in the western countryside of Aleppo.

Fateh al-Mubin Operations Room, which includes Hayat Tahrir al-Sham (formerly al-Nusra Front) and Jaysh al-Izza (Army of Glory) along with the National Front for Liberation, announced targeting the government forces’ positions in the vicinity of Ma’arat al-Nu’man, south of Idleb, with heavy artillery and rocket launchers.