Attacks in Daraa by the Iranian-backed Fourth Division are undermining Russia’s recent assurances that the military escalation will cease, according to Asharq al-Awsat. 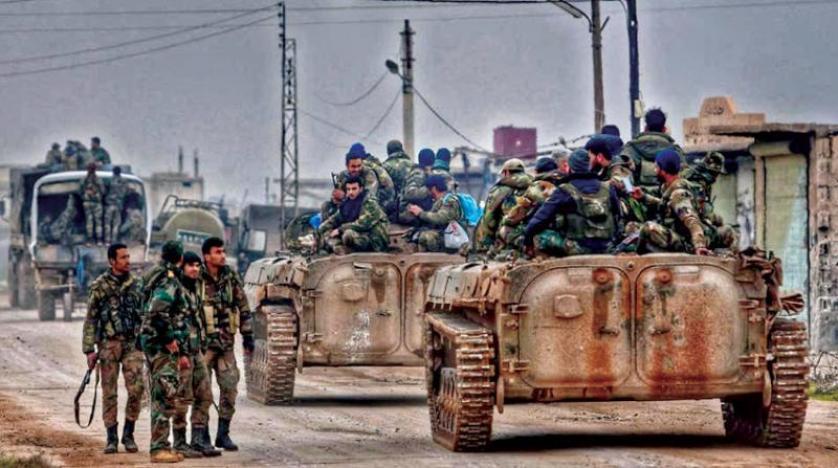 Local fighters in Syria’s southwestern city of Daraa and nearby neighborhoods and refugee camps were put on high-security alert after they managed to ward off an offensive by regime forces trying to break into opposition-held areas. Troops from the Syrian Army’s Fourth Armored Division attempted an advancement at the Kazzieh crossroad, separating opposition-held parts of Daraa city and regime-controlled areas.

Heavy artillery shelling and rockets were used in the regime offensive, despite Russia’s recent assurances that the military escalation will cease in Daraa.

According to Musalma, the Russian delegation reports directly to the Russian command operating in Daraa.

However, the activist clarified that the 4th Division, despite Russian intervention, has failed to heed commitments made in recent deals and negotiations that took place in the southwestern city.

Instead of cooperating with truce deals, the Division repeatedly works to foil any form of agreement.

On Saturday evening, the Division targeted and destroyed the residence of Daraa Central Committee Member Abu Sharif al-Muhamid, where the Russian delegation’s meeting with the Committee was supposed to take place on Sunday.

Targeting Muhamid’s residence sends a strong message to Russia that it would not be able to slow down Iranian ambitions in southern Syria, explained Musalma, adding that the attack also aimed to get Committee members to cave before demands made by the Division.

As for the living conditions of Daraa locals, Musalma revealed that the suffering was exacerbated by the only functioning bakery in town announcing its inability to produce bread anymore after its flour supply was depleted.

Locals are suffering from a dire shortage of medical supplies after the Division has struck the sole health center in town.

The southwestern city has also been struggling with power outages and poor access to potable water ever since Syrian regime forces began their military escalation against the opposition stronghold last June.

Even though the regime offensive has displaced many locals, large numbers of families have refused to leave their homes.