Despite the de-escalation agreements and the recent Astana 16 talks, the regime has killed nine in renewed strikes on Idleb, according to al-Araby al-Jadeed. 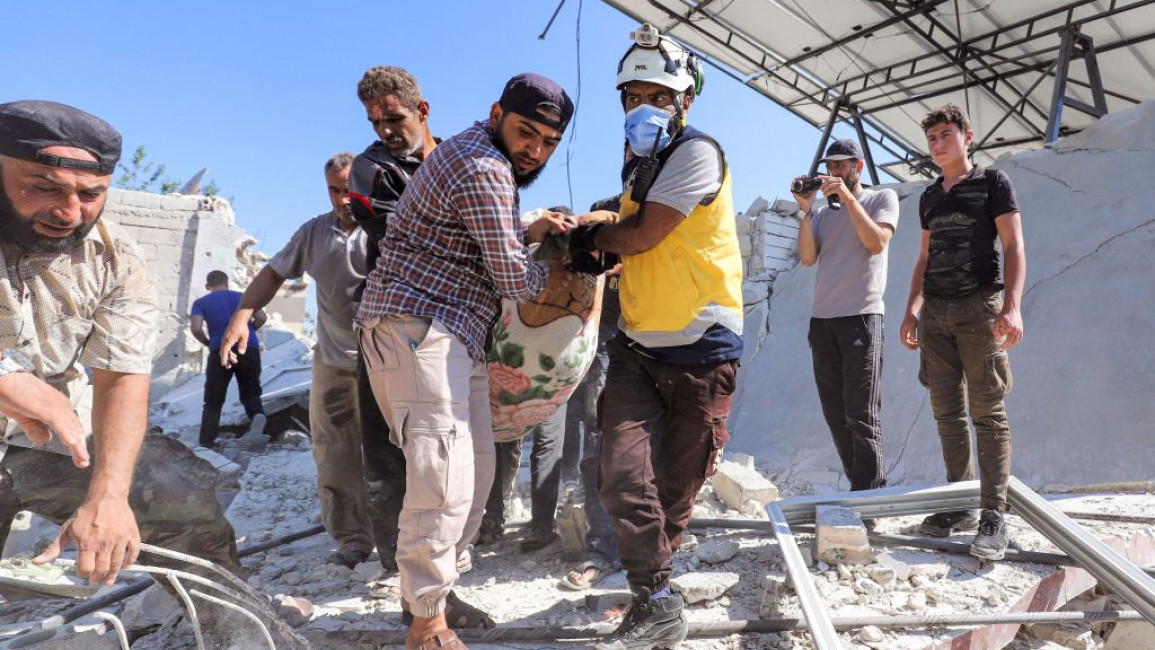 At least nine civilians were killed, including three children, when Syrian regime rockets hit two villages in the last rebel stronghold in northwestern Syria, rescue workers and a war monitor said on Thursday.

The Syrian Civil Defence team that operates in opposition areas, known as White Helmets, said guided missiles struck in Ibleen, a village in southern Idleb province killing a woman, her daughter, and a child and injuring four others. All were from the same family, the White Helmets said.

In eastern Idleb, at least six were killed, including a child, when rockets hit an area where a quarry is located near Foa, according to the Britain-based Syrian Observatory for Human Rights. Those killed were stone cutters, the Observatory said. The White Helmets also reported the strike but said two children were among those killed.

The discrepancy in the number of casualties in a cease-fire zone could not be immediately reconciled.

Idleb province in northwestern Syria and adjoining areas of neighboring provinces are the last area of the country to be held by anti-Assad rebels. Nearly 4 million people live there, over half of them refugees from other parts of Syria.

There has been an increase in attacks by regime forces on the area recently despite a ceasefire brokered in March 2020.

The truce was negotiated between Turkey, which supports Syria’s opposition, and Russia, the Syrian regime’s main backer. At the time, it halted a brutal Russian-backed government air and ground campaign aimed at retaking the region which killed hundreds of people and displaced nearly a million more.

UNICEF said 512 children were killed in Syria last year, the majority in the northwest where there are 1.7 million vulnerable children, many of whom have fled violence several times.