The Syrian regime continues to violate the ceasefire in Idleb, killing and injuring civilians, according to al-Araby al-Jadeed. 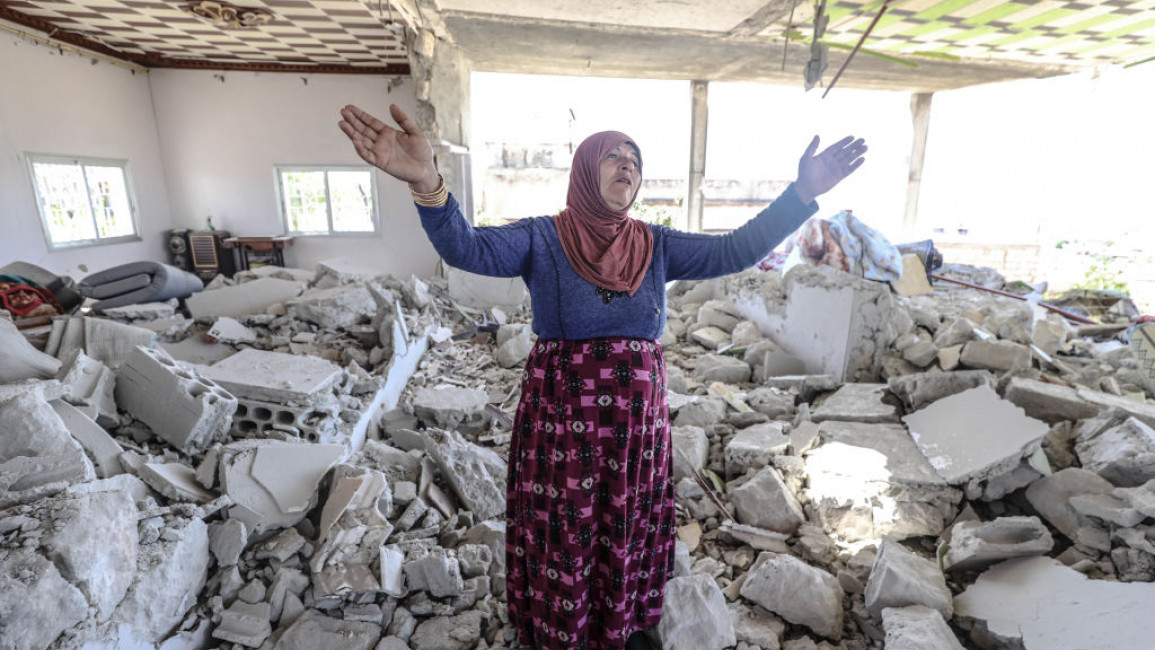 Seven Syrian civilians, including two women, were killed on Monday as Bashar al-Assad regime forces continued bombing the Jabal al-Zawiya area of the Idleb province, in violation of the ceasefire.

Local sources told The New Arab’s Arabic-language service that regime forces shelled the Jabal al-Zawiya area, on the south of the Idleb province as drones circled overhead. Five people were killed in the village of Ihsim, with two women killed in the town of al-Bara in Jabal al-Zawiya.

Regime forces bombed the villages of Kensafara, Mashoun, Filoun, and Mastouma in addition to Ihsim and al-Bara, according to the sources. Ten people were also injured according to the Anadolu news agency, including an elderly man.

Syrian regime forces have been bombing the Jabal al-Zawiya area in violation of a March 2020 ceasefire agreement on a near-daily basis for approximately two weeks, killing and injuring scores of people and causing severe damage to homes and farms.

On Sunday, rebels bombed the regime’s military base at Jourin in the Hama province, north-central Syria, where most of the attacks on the Jabal al-Zawiya area have been launched from. One regime officer was killed, according to the Syrian Observatory for Human Rights.

Elsewhere in Syria, two regime soldiers were killed near the village of Dabsi Afnan in the Raqqa province after a bomb targeting a petrol transportation convoy they were guarding exploded, while Russian forces reportedly set up a new military post in the village of Sakiro on the M4 highway in northern Raqqa province, according to the Euphrates Post news network.

Twenty Russian and 20 Syrian regime soldiers are manning the post according to Euphrates Post. The M4 highway connects the cities of Aleppo and al-Hassakeh.

Russian forces also launched dozens of airstrikes on Sunday against suspected Islamic State group militants in the Syrian Desert region, according to sources who spoke to The New Arab’s Arabic-language service.

More than half a million people have been killed since the Syrian conflict began in 2011 with the brutal suppression of pro-democracy protests by the regime of President Bashar al-Assad. Russia intervened in the conflict on the regime’s side in September 2015.