Ahead of a new round of talks in Astana, Russia and Turkey announced a new agreement to establish a military-free zone in Idleb, according to Athr Press. 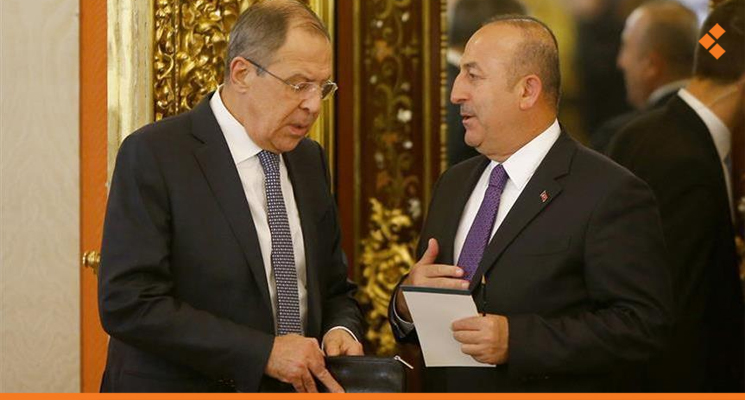 Days before a new round of discussions in Astana between Iran, Turkey, and Russia, and in parallel to talks about Turkey’s fear of a military operation by the Syrian army in Idleb, Turkish Foreign Minister Mevlüt Çavuşoğlu and Russian Foreign Minister Sergei Lavrov announced a new agreement between the two parties to establish a military-free zone in the Idleb governorate, in northwestern Syria.

The new Turkish-Russian agreement follows a meeting between Lavrov and Çavuşoğlu in Antalya, southern Turkey, on Wednesday. During that meeting, Lavrov said at a press conference with his Turkish counterpart: “We have reached an agreement with the Turkish side on the establishment of a military-free zone in Idleb.”

At the same time, he announced his country’s rejection of the draft UN Security Council resolution on extending the mechanism of action by opening a second route for the transfer of humanitarian aid across the border to Syria. Lavrov said: “If we are in fact concerned about the humanitarian problems the Syrian people suffer from, we should look at all the reasons that have resulted in the emergence of these problems. Such as sanctions, including the inhumane and oppressing Caesar’s Law, adopted by the administration of former U.S. President Donald Trump. Another reason is the illegal seizure of Syrian assets in Western banks at Washington’s request, which can only be described as fraud. As well as our allies’ refusal to ensure the provision of humanitarian assistance by international organizations through Damascus and across frontlines to all areas that remain outside the government’s control till now.”

From this point of view, he said, he discussed with his Turkish counterpart the latest developments in Syria.

The agreement comes days after Russian President Vladimir Putin and his Turkish counterpart Recep Tayyip Erdogan got in contact through a phone call.

Remarks by the Syrian Observer: According to the Middle East Eye, Russian Foreign Ministry Sergei Lavrov denied that Turkey and Russia reached a new agreement, claiming his declaration was misinterpreted. Instead, he says he was referring to the past agreement about Idleb between the two powers.