Israeli airstrikes killed 11 of the regime's fighters, according to Asharq Al-Awsat. 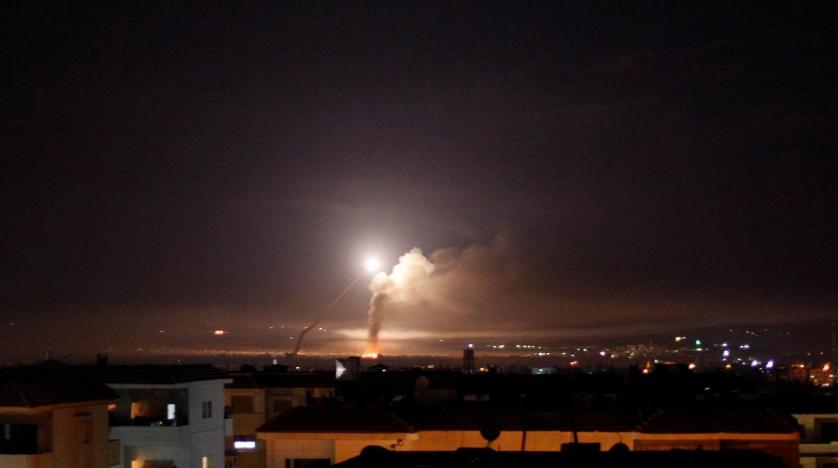 Israeli airstrikes in central Syria killed at least 11 regime soldiers and militiamen late Tuesday, the Syrian Observatory for Human Rights said. The strikes were the first carried out by Israel in Syria since the 11 days Gaza war with Hamas ended by an Egyptian-brokered ceasefire on May 21st, the Britain-based war monitor claimed.

“At least seven army soldiers and four National Defense Forces militiamen were killed,” Rami Abdul Rahman, chief of the Observatory told AFP, adding that all of them were Syrians.

The Observatory said the strikes targeted air force positions near the village of Khirbet al-Tin on the outskirts of Homs, as well as an arms depot belonging to the Lebanese Hezbollah.

The Israeli air force carried out Tuesday evening strikes in several regions of Syria, in the capital Damascus as well as in the Homs, Hama, and Lattakia provinces, the Observatory added.

Syria’s state-run news agency, SANA, said there had been “explosions in Damascus” as Israeli forces carried out the raid from Lebanese air space. It added that air defenses had been activated against the “Israeli aggression”, but said nothing about any casualties or damages.

The Israeli army, which rarely acknowledges individual strikes on Syria, declined to comment on what it called “reports in foreign media.”

Since the Syrian civil war broke out in 2011, Israel has carried out hundreds of airstrikes on Syrian territory, targeting government positions as well as allied Iran-backed forces and Hezbollah fighters.