The resurgence of the terrorist group in the Syrian desert puts the region again at the forefront of the conflict, according to Baladi News. 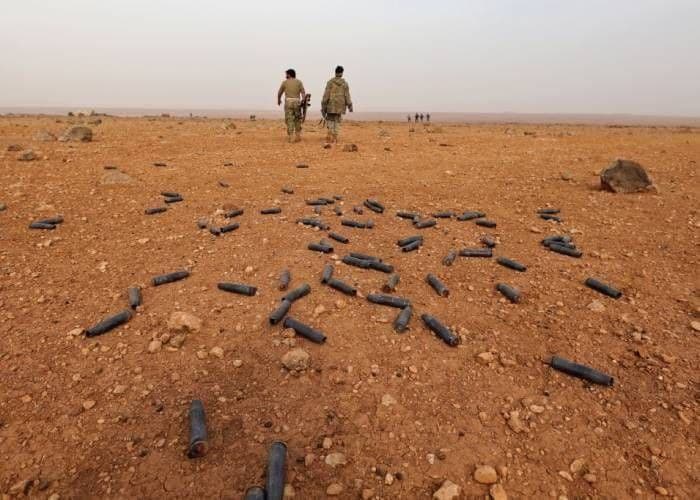 The Syrian Badia (desert) reclaimed its position at the forefront of hostilities in Syria following the recent return of activities by ISIS’ cells and increased military operations in the region. It has now reached the point where hardly a day seems to pass without news of ISIS carrying out a bombing, ambush, or assassination in various parts of the Syrian Badia, which extends from the countryside of the governorates of Deir-ez-Zor, Raqqa, Hama, and Homs to the Suweida governorate. The attacks are targeting government security and military forces, as well as Iranian and Russian targets.

According to local pro-government websites, Assad’s forces lost three soldiers, including a captain to one of these attacks. The soldiers were killed on Sunday, when their vehicle struck a land mine as they traveled on a dirt road connecting the city of Sokhna with Athriya road in the eastern Homs desert. The victims were Major Sharaf Alaa Abdul Manaf Maala, Lieutenant Sharaf Basel Salaheddine Mahmoud, and Lieutenant Sharaf Saadeddin Zakaria Nasr.

Last Thursday, Brigadier-General Nizar Abbas Fehuda was also killed in his military vehicle by a land mine explosion, which ISIS had planted on the Deir-ez-Zor-Homs international road, east of the city of Sokhna, in the eastern countryside of Homs.

Iranian media reported that Hassan Abdullah Zadeh, a military adviser for the Iranian Revolutionary Guard, and his companion Mohsen Abbasi were killed in an ambush orchestrated by ISIS militants. The attack took place last Wednesday in Homs, on the road between the cities of Deir-ez-Zor and Palmyra.

The day before, three members of the Quds Force militia were killed and one soldier was captured by ISIS militants. These events occurred during an attack on the headquarters of Iranian militias and checkpoints in Badia al-Sokhna, east of Homs.

On May 17th, a column of seven military vehicles and about 40 Iranian militia fighters were attacked by rocket-propelled grenades. The attack killed five fighters and injured others, with three missing.

On May 29th, ISIS members targeted a military post held by government forces in the vicinity of the “Safian Field” in rural Raqqa, killing four soldiers.

This attack was preceded by an assault on a military post held by the Fourth Division of the government forces, which is located at the southern entrance to the town of Al-Sabkha, in the eastern countryside of Raqqa. The attack killed a sergeant and a Fourth Division soldier, while also injuring another soldier.

Abdul Wahab Assi, a researcher in the Jusoor Studies Center, commented on the recent escalation of ISIS operations in Badia. Assi told Baladi News that, since 2019, ISIS has relied on a strategy of escalating operations in the Syrian Badia to deny the Syrian regime and its allies the ability to control supply routes, logistical communication, and contact channels without incurring high costs. Assi pointed out that ISIS often relies on attacks through a network of decentralized cells that have high levels of autonomy, without necessarily needing to coordinate with ISIS leadership in Iraq, or with other cells operating inside Iraq, to the east of the Euphrates river.