A group of assailants opened fire on a vehicle carrying Gedik Iskander, killing him as he toured polling stations in the area reports Shaam Network. 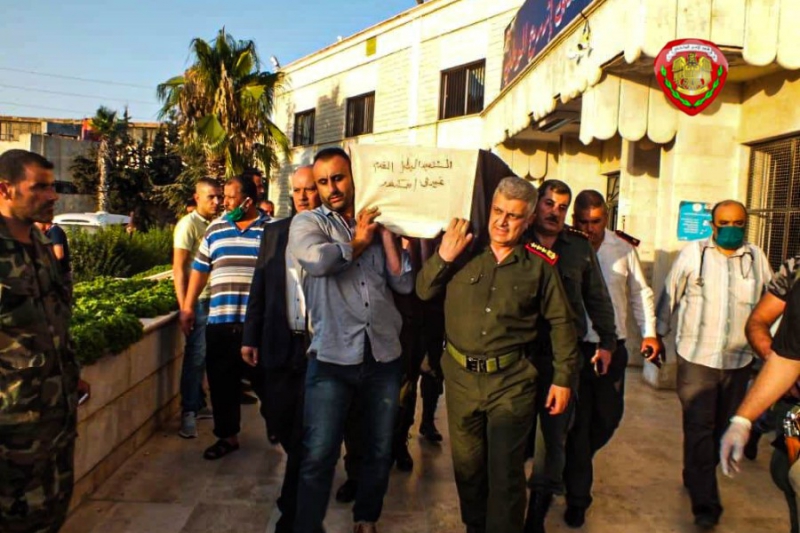 The head of al-Harak City in Daraa Governorate, was assassinated by unknown persons who targeted his vehicle, which was transporting him and five members of the police through the eastern Daraa countryside.

Sources confirmed the killing of Gedik Iskandar, Director of al-Harak City, and indicated that he was killed by machine gun fire. Information about the fate of the five officers is still unknown.

The Ministry of Interior, affiliated with the regime, acknowledged the killing as pictures were published showing the transfer of Iskandar’s body from National Izra Hospital. According to the Ministry of Interior’s online posting, the officer was killed while he was touring polling stations yesterday near al-Harak.

This comes amid media sources talking about the increased frequency of security operations such as explosions of a mysterious nature as well as assassinations that are targeting officers and members of the regime, especially in many regime-controlled areas.

The Daraa Governorate has been witnessing continuous bombings, assassinations, and the targeting of Assad’s men. Most of these assassinations have targeted former members of the Free Syrian Army, who joined the regime following settlements and reconciliations. Additionally, there have been a number of operations targeting regime forces in many areas of the governorate.