Stamu Military Airfield is home to a host of helicopters that are responsible for indiscriminately dropping explosives on civilians centers reports Zaman Al-Wasl. 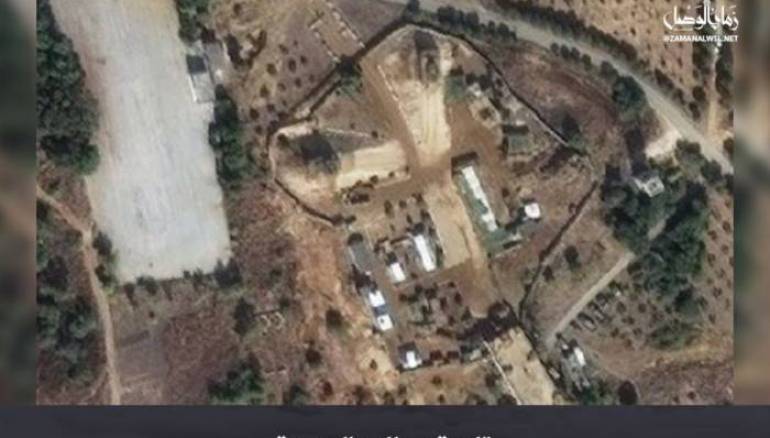 Most regime airstrikes in northern Syria have been carried out from the Stamu airfield in coastal Lattakia province, military sources told Zaman al-Wasl and have provided more details about the strategic base.

The attack helicopter base was created in 2016 after Russian forces seized the Hemeimeem airbase and turned it into a command center and headquarters.

Stamu airfield has an area of 750,000m² divided into two sections: the first is a training camp, with an area of around 400,000m², including warehouses that hold ammunition, explosive barrels, aircraft missiles, and naval mines, as well as underground shelters fortified against chemical and nuclear weapons and food and fuel warehouses that would last several months. It is also equipped with electrical generators. The camp has a guard battalion consisting of 300 soldiers from the Fifth Corps, who are not allowed to enter the airstrip, but provide security to the camp from the outside.

The second section is a helipad, with an area of around 350,000m², located southwest of the old camp. It surrounds the training camp in the form of an arc and has its own entrance for airport workers only. The helipad is as well equipped as the camp with more shelters and fortifications.

According to an officer serving at the airstrip, the airport holds 21 helicopters used to bomb resistance-controlled areas, two of which are model Mi-8, 16 Mi-17, and two Mi-25, as well as a Kamov marine helicopter and three Flamingo training aircraft. All of these helicopters are around 50 years old.

There are also training halls and offices for the officers, in addition to small and dispersed fortified warehouses to temporarily store naval mines and barrel bombs, as well as cranes and vehicles for loading aircraft. “There are 150 pilot officers who take turns flying the helicopters, and more than 100 technical officers for aircraft preparation, in addition to officers from different specialties and a guard battalion as a first line of defense and to accompany the runway command and pilots during takeoff. The total manpower operating amounts to more than 1,000 military personnel.”

The source also confirmed to Zaman al-Wasl that all aircraft are used for bombing indiscriminately with no guided munitions, with the purpose of destroying homes and causing the largest possible number of casualties to coax resistance fighters to leave. Combat orders are issued to the camp command by the Hemeimeem air base and the notorious Brigadier General Suheil al-Hassan, and any insubordination from the pilots is punished by death or arrest.

Colonel Ziyad Hajj Obaid, a pilot who defected, said that all the aircrafts operating in Stamu had been gathered from other airports, to be close to Idleb and the countryside of Aleppo, under Russian protection and command, and far from the Israeli bombing raids. Colonel Ziyad confirmed that most of the helicopters owned by Assad’s army are old and undeveloped, and are unable to carry out accurate airstrikes because they are not equipped with high-precision weapons, and are limited to indiscriminate executions that target civilians and services centers, civil defense and medical institutions.

Colonel Fayez al-Asmar believes that the Russian air force and the regime’s aircrafts were the bloodiest and most used in suppressing the Syrian revolution, killing hundreds and forcing Syrians to flee their homes to be invaded by militias and regime forces to raise their flags of victory over the ruins of cities and villages.

Asmar added that helicopters play a big role in logistics and ammunition, and it is easy to establish airports and airstrips at a low cost, that is why the regime is planning to increase the number of helicopters and to distribute them over its areas of control. Asmar believes that choosing Sitamu as a landing site helps strengthen Russian influence on the coast at the expense of Iran, and brings them close to operations in Lattakia and Idleb.

With the start of the revolution, the university training camp in Sitamu turned into a military headquarters for the regime’s National Defense Forces before its dissolution, and after 2016, it became the headquarters of the Fifth Corps and the Air Force Intelligence.

The airport uses Mi-8 aircrafts, which were first made in 1961 in the Soviet Union, and entered service in 1964. The Mi-8 is considered a military transport and combat aircraft, also used as a civilian transport vehicles for passengers and goods. It can carry 28 passengers or 3.5 tons of cargo. Its manoeuvrability is weak, and it cannot fly higher than 5 kilometers. It is not designed for fighting, but for self-defense. It can fly for a range of 465 kilometers with a three-person crew at a speed of 250 km/h. A large number of helicopters of this model were shot down by the Syrian resistance factions.

While still old, the Mi-17 is a newer model than the Mi-8, with the same shape and a similar flying speed, range and height as the Mi-8, but with a better engine and maneuverability. It first appeared in 1981 and can carry between 3,000 and 4,000 kg.

The Kamov Ka-50 is a single-seat attack helicopter first used by the Soviet Union in 1980 with a coaxial rotor and a radar system with a signal of detection that reaches 35 kilometers. It is equipped with Hermes anti-tank guided missiles with a speed of 1km/s, and a fast-firing auto cannon.