Three officers, who were killed fighting in northern Syria have been buried in Tartous writes Jesr. 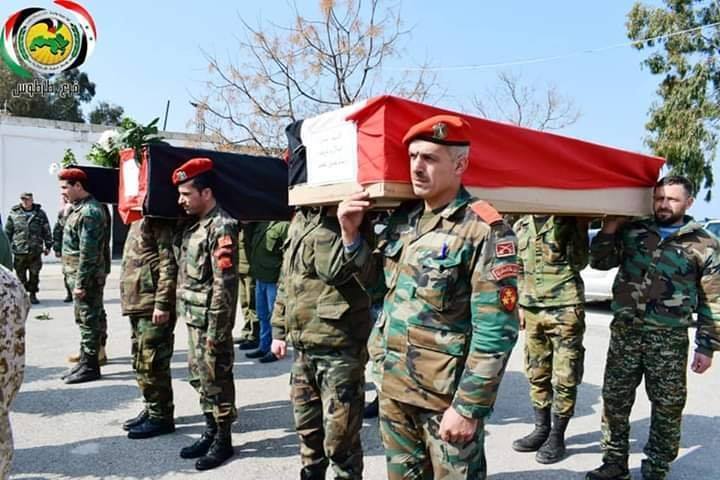 The Military Hospital of Tartous held funerals for three officers of the Republican Guard killed during the fighting in northern Syria.

Northern Syria has seen fierce fighting since mid-last month, in the Idleb and Aleppo countrysides, between rebel groups and regime forces and their allies. Dead have fallen continuously on both sides, with no accurate count of their numbers.