General Sergey Chvarkov has been sentenced to three years in prison by a military court on charges of theft and fraud reports Baladi News. 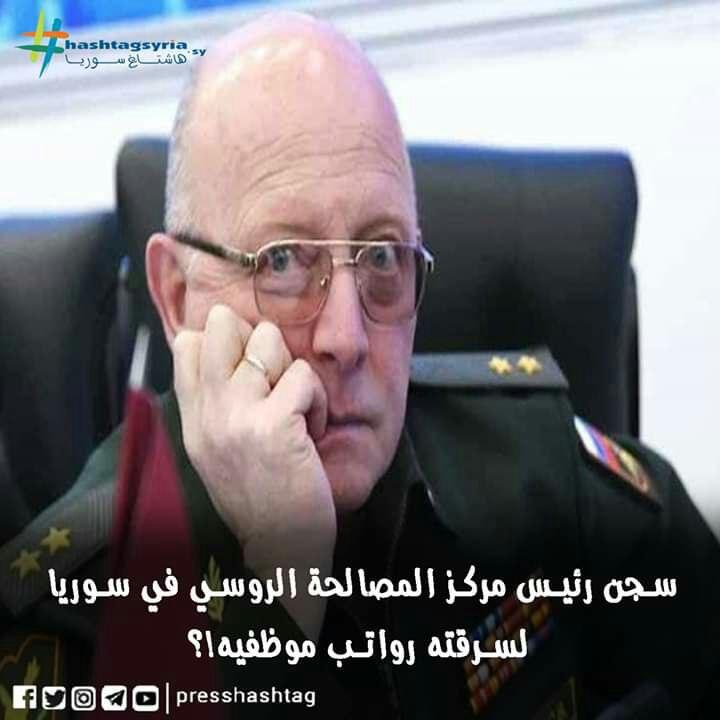 The Russian TASS news agency said that the Second Western Military Court in Russia had sentenced General Sergey Chvarkov to three years in prison on charges of stealing 400 million rubles—or about 6.5 million dollars.

According to the report, Chvarkov, who served as the head of the Russian Reconciliation Center in Syria, was accused of carrying out widespread fraud.

The report said that Chvarkov, who also served as Vice President of the Military Academy of the General Staff, had concluded a contract between the academy and a major company that deals in information protection—which it did not name—and worked to withdraw money which should have been paid to academy staff as wages.

According to the Ria Novosti agency, the general prosecutor asked the court to sentence Chvarkov to four and a half years in prison and fine him 450,000 rubles, as well as strip him of military rank, but the military court only sentenced him to three years.

Chvarkov was head of the Reconciliation Center in Syria, which has been based in the Russian Hemeimeem military airbase in Lattakia since February 2016.

Many questions remain about this, foremost is it true that “those who lie with dogs, get fleas,” as some commenters on the Hashtag Syria website put it, in response to the news, in an indication of the “thievery of Assad regime officials”? Or did the matter occur against the backdrop of Russia’s insult to Assad, the latest of which was during the visit by Russian President Vladimir Putin to Damascus?