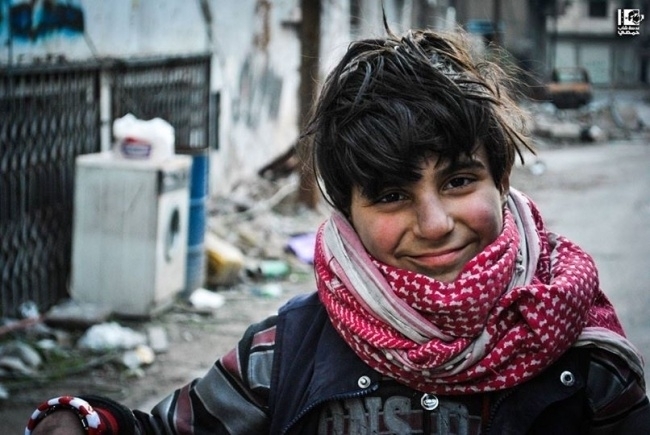 The New York-based Human Rights Watch said on Monday that rebels have been using child soldiers in roles including soldiers, stretcher bearers and suicide bombers.

According to the 31-page report, various factions in the country’s compex civil war have recruited minors, including the Western-backed Free Syrian Army, the Islamic Front, the Nusra Front and the Islamic State of Iraq and the Levant.

Military and police forces in Kurdish-controlled areas have also used teenagers, it said.

"Syrian armed groups should not prey on vulnerable children who have seen their relatives killed, schools shelled, and communities destroyed by enlisting them in their forces," said Priyanka Motaparthy, the author of the report.

"The horrors of Syria's armed conflict are only made worse by throwing children into the front lines."

HRW said the Nusra Front and ISIL have both targeted children through education programmes, which include military training. Teenage former fighters told HRW how commanders encouraged the youths to volunteer for suicide missions.

The rights group also said some opposition groups have moved to end the use of teenage fighters. Syria's main Western-backed political opposition group, the Syrian National Council, and Kurdish officials have both declared their commitment to ending the practice.

HRW, which said the number of children fighting in the conflict is unknown, based its report on interviews with 25 current and former child soldiers in Syria. It said the report does not cover pro-government forces, which are also alleged to have used child fighters.

The reasons young people joined the armed groups varied, according to the report. Some followed family members or friends, while others were already in conflict zones and had no other option.

HRW published a similar report in 2012, saying that children as young as 14 were being recruited.