PAX and The Syria Institute estimate that 714,345 people remain trapped in at least 33 besieged communities 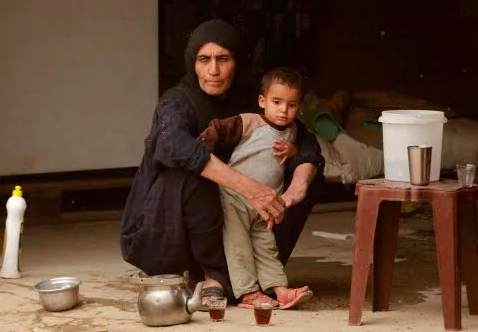 PAX and The Syria Institute have published the Siege Watch 9th Quarterly Report. This report focuses on developments in besieged communities in Syria from November 2017 – January 2018. Data collected during the quarter from an extensive network of contacts on the ground found that:

An estimated 714,345 people remain trapped in at least 33 besieged communities across the country and more than one million additional Syrians live in “Watchlist” areas, under threat of intensified siege and abuse.

The Syrian government and its allies remain responsible for the vast majority of all of the sieges in Syria and all of the threats to “Watchlist” communities.

The situation in Eastern Ghouta deteriorated dramatically due to an unprecedented increase in attacks combined with intense siege conditions, precipitating a humanitarian crisis. In November, all of the communities in Eastern Ghouta were elevated to Tier 1 critically besieged status for the first time.

At least four new suspected chemical attacks were recorded during the reporting period, all of them launched by pro-government forces against Eastern Ghouta.

Deir Ezzor city was removed from the Siege Watch “Watchlist,” as there is a low risk that the city will revert to a state of siege. Eastern Aleppo may be removed in the coming quarter.

A new community, Beit Jinn, was added to the “Watchlist” for the first time during the reporting period. After an intensified assault by pro-government forces the area capitulated, and was subjected to a forced population transfer of fighters and civilians.

The conditions facing civilians in post-surrender communities that surrendered in prior Siege Watch reporting periods remained a significant concern.

The Syrian government’s strategy for capturing besieged communities has become a well-established pattern: intensified siege and military escalation in order to push besieged enclaves to the point of collapse, followed by a bloody surrender and forced population transfers. The current assault on Eastern Ghouta is the latest step. Unless action is taken to stop the attacks on Eastern Ghouta and enforce the basic principles of international humanitarian and human rights law, this pattern of “surrender or die” scorched early campaigns will continue, and more besieged communities may face a similar fate.

Since UNSC Resolution 2401 (2018) and all prior Security Council resolutions demanding access to and protection of civilians in besieged areas remain unimplemented, the international community must take further measures. All UN member states – whether on the Security Council or not – have a responsibility to take swift action against non-compliant parties, including through more forceful measures such as a framework of escalating sanctions.

Members of the international community must take steps to prevent forced population transfers of civilians from Eastern Ghouta under the pretense of “evacuations.” In light of Russia’s role in prior forced surrender negotiations and in the current fighting in Eastern Ghouta, it cannot be considered a good faith negotiator. It is therefore incumbent on other countries to step in and play a role in oversight of local negotiations to end the sieges, to ensure that any agreements comply with international humanitarian and human rights law.

International stakeholders should take pre-emptive measures now to avert yet another “surrender or die” campaign against the besieged communities in northern Homs and the Southern Damascus Suburbs.

International monitors – whether from the UN or another third-party stakeholder – should be immediately deployed into all communities that have been previously forced to surrender to the Syrian government, to ensure that vulnerable civilians are not being subjected to continuing human rights violations.

Humanitarian actors must approach post-surrender communities with the knowledge that “post-surrender” does not necessarily mean “post-conflict.” Proper conflict sensitivity measures must be put in place to ensure that recovery programming in these areas does not pay war crimes dividends to the Syrian government or contribute to deepening sectarian grievances.

The international community must take action to hold those responsible for war crimes and crimes against humanity accountable by pushing for a referral to the International Criminal Court and supporting the IIIM and other accountability initiatives.