Following increasing tensions, Russian official have met with residents of Daraa and agreed a new settlement, which should put an end to raids and arrests reports Nedaa Syria. 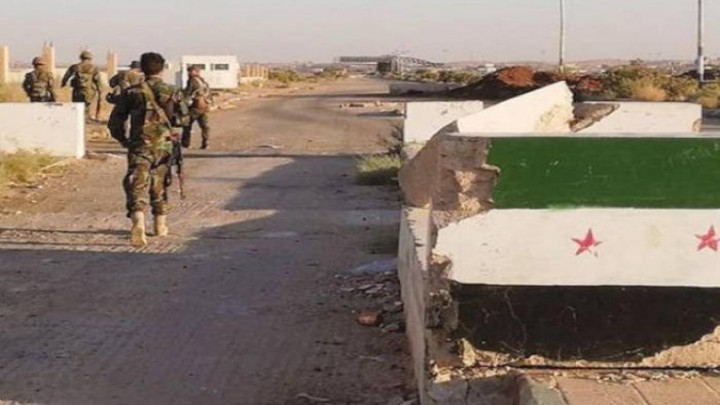 Russia intervened to contain the situation in Daraa Governorate by concluding a new settlement agreement with many regions and towns, especially those where the situation is especially precarious due to the security practices of the Syrian regime.

Private sources told Nedaa Syria that a meeting took place at the end of November between the central committee in Daraa, authorized by the people of Daraa to negotiate, and a delegation of Russian officers, which resulted in a new settlement agreement.

The settlement stipulates that the Syrian regime forces will refrain from storming cities and towns, will scrap the lists of wanted residents from the governorate, who are being pursued through the checkpoints spread on the roads, while allowing, for a week, dissidents and those who have failed to start their military service, to join their military units. If they do not, they will be prosecuted for draft evasion.

Russia had mediated between the local fighters in Daraa and the Fourth Division to end the tensions that erupted on Nov. 7, 2020, in the areas of Daraa al-Balad and al-Karak al-Sharqi and extended to include the villages and towns of the western province. Members of the Syrian regime forces were seized and clashes involving light, medium, and mortar weapons erupted.

Every escalation in Daraa between local fighters who were previously affiliated with the Syrian opposition factions and the Syrian regime forces sees a Russian intervention with the aim of restoring calm to the region and ending tensions.

With the forces of the Fourth Division continuing to mobilize recently in western and eastern Daraa with the aim of storming more towns, signs of an exacerbation looms on the horizon, especially since the Fourth Division and the Military Security Branch required the weapons of local fighters to be handed over in exchange for not storming, which raised concerns among the residents because that meant abandoning the deterrence used to prevent the storming of security patrols and the arrest of wanted persons.

It seems that Russia is trying to maintain a balance in Daraa and does not welcome the domination of the pro-Iran Fourth Division, a scenario it considers harmful to its relations with Israel and Jordan, especially since the division provides full cover for the pro-Iran militias to expand in the south. Finally, Moscow uses regime forces to control the fighters who signed the 2018 settlement agreement.